Mangaluru, Dec 2: Women have often been represented in art for their beauty, charm and grace, but rarely do they go beyond that. Only a few would make you wonder, what lies behind those eyes that draw you in? What beauty does she hold within? The hope is that you would look past the superficial and meet them at a place of meaning.

In recent years, there have been several discussions regarding art through the male gaze. How it’s only capable of capturing a second-hand view of women and their lives. The stories here are more likely rooted on assumptions that are far from reality. 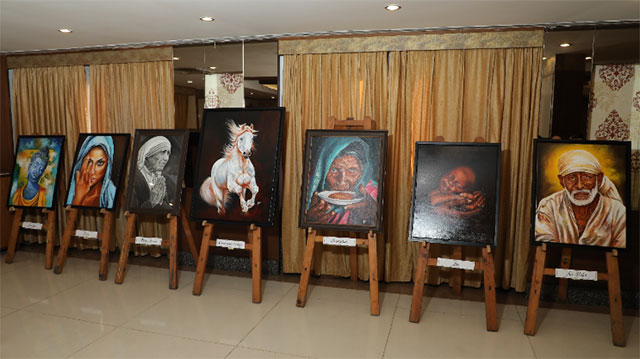 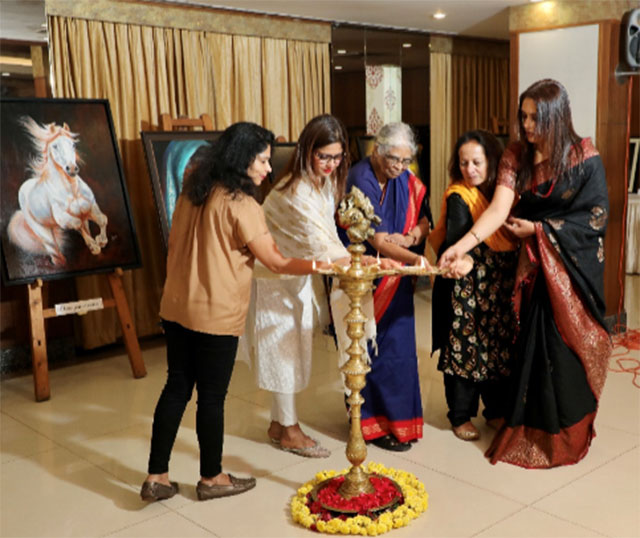 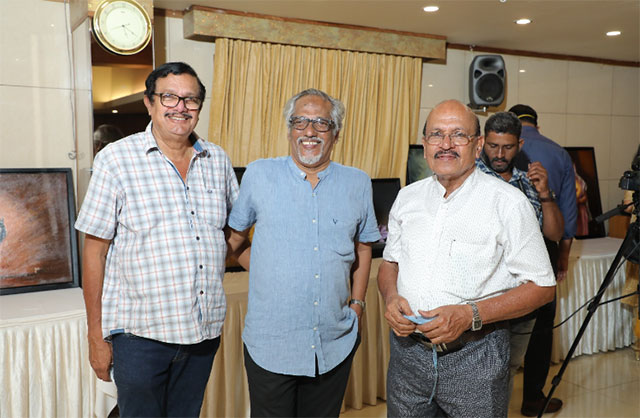 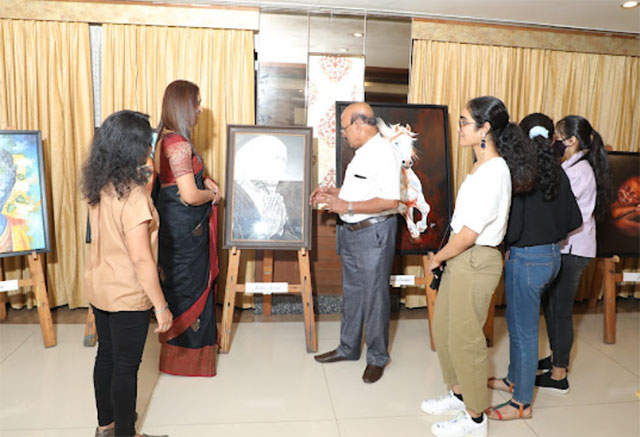 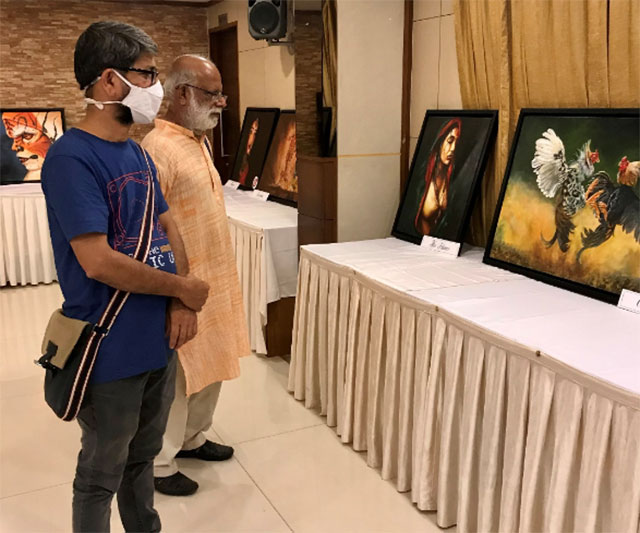 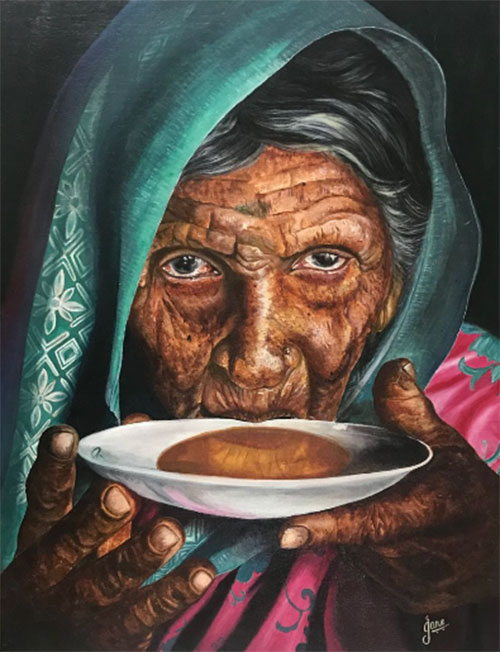 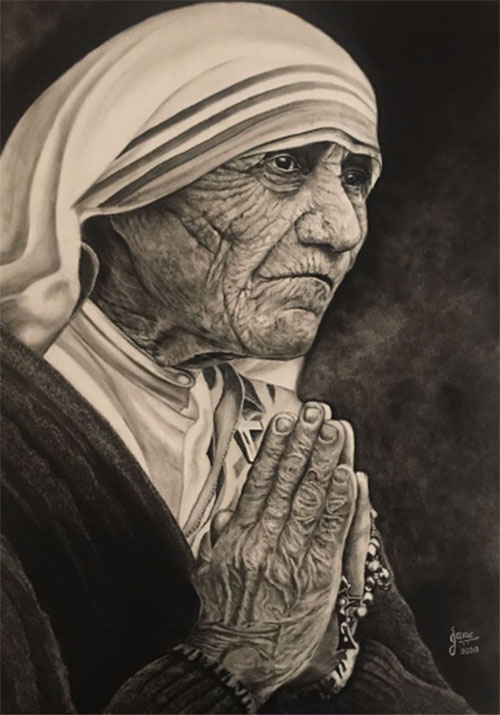 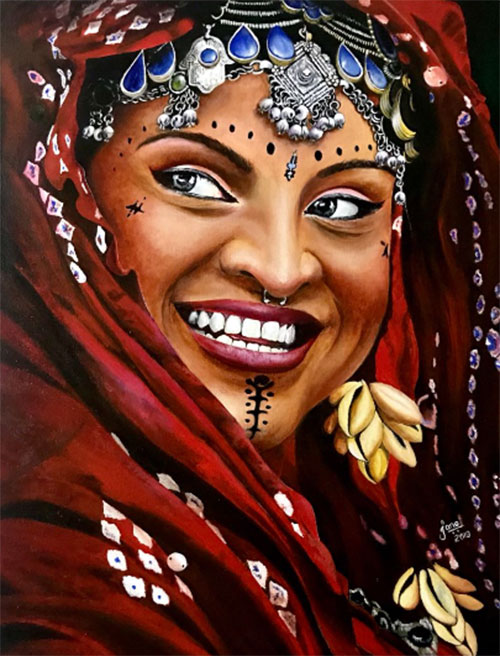 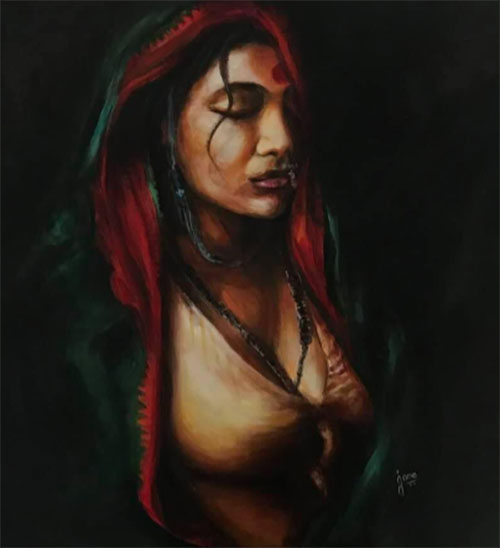 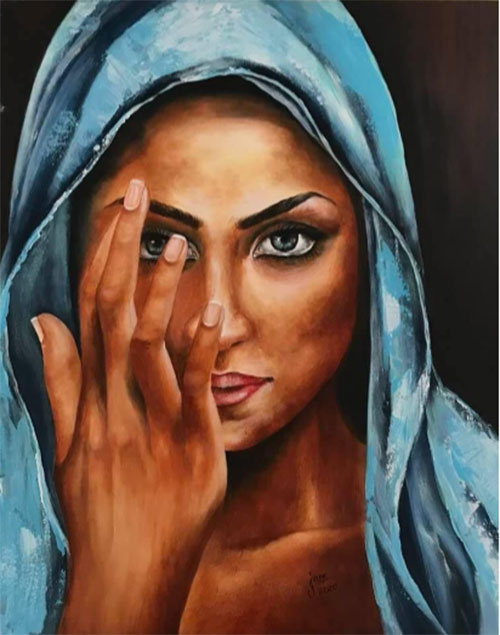 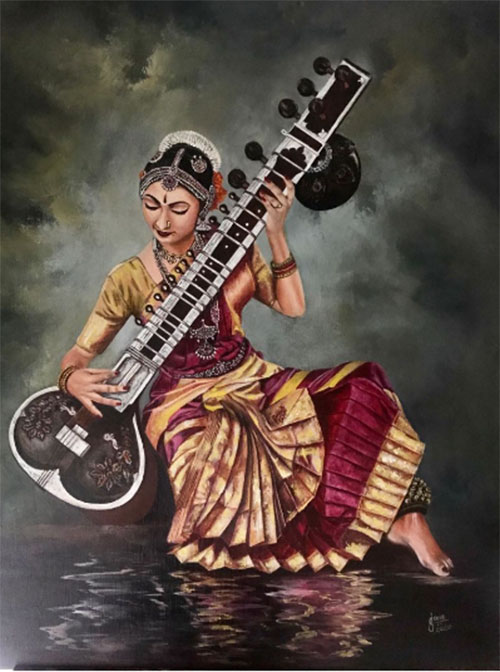 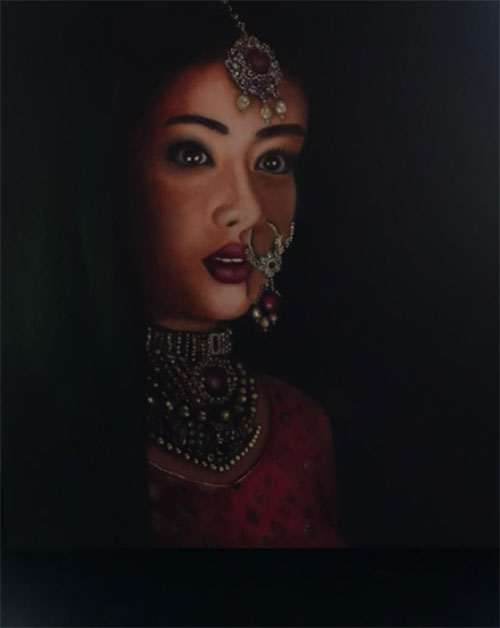 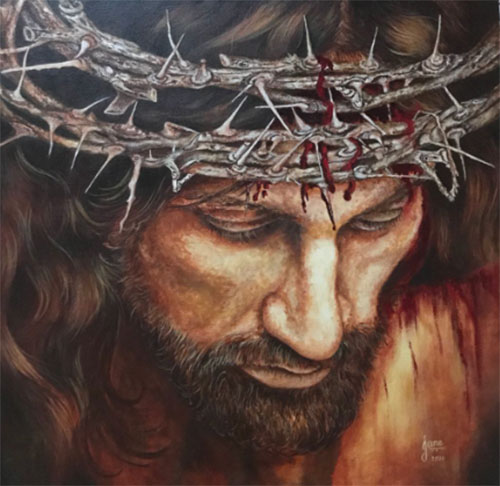 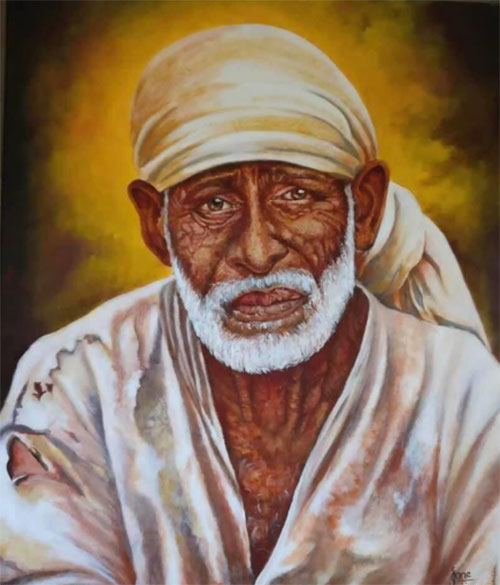 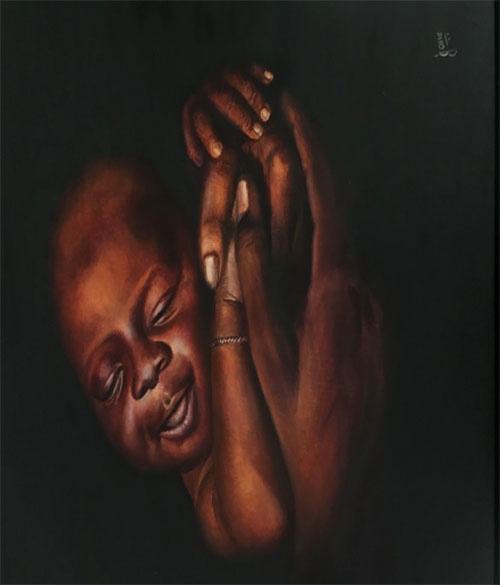 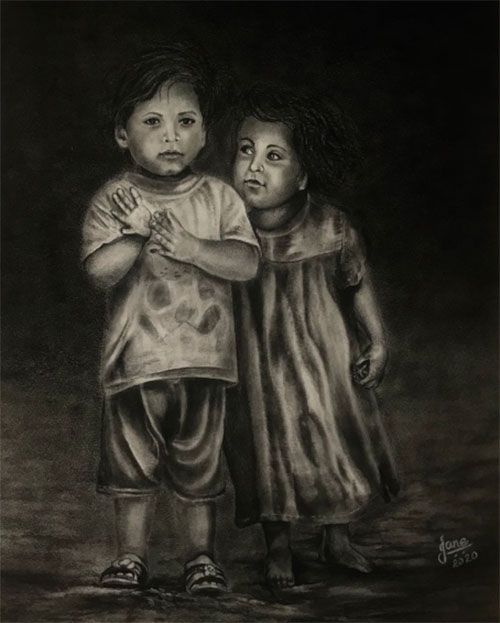 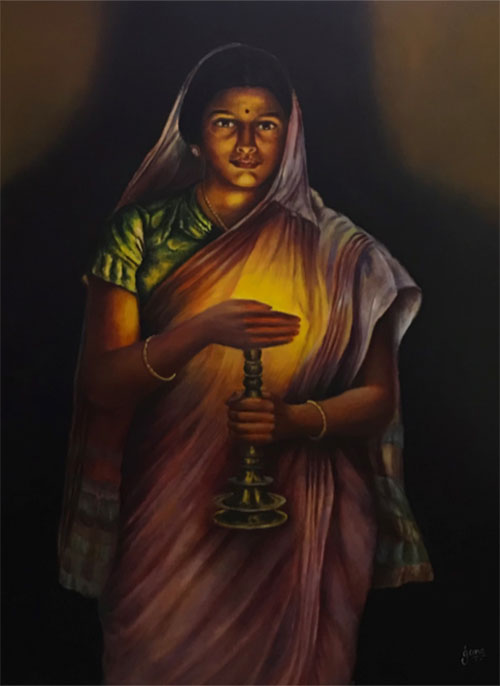 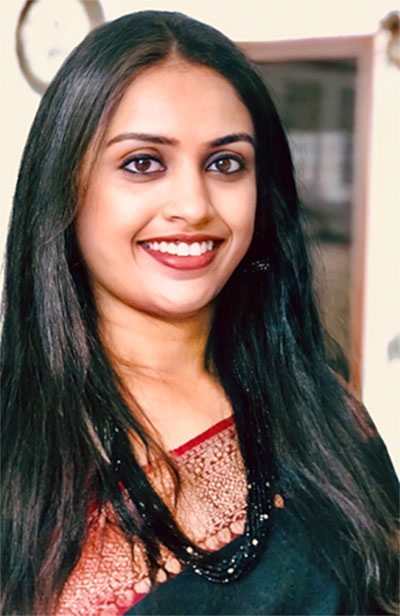 It’s a revelation I’ve encountered quite recently as well, when I met artist Jane Noronha for the first time. Previous to our meeting we had only spoken on the phone, and in the days before, I had created an image of her in my head, which was far from the woman I met at the gallery.

She was smartly dressed, eloquent and is a mother of two teens- this made me reflect on my own assumptions. As women, how much do we know of each other? How far do we go to understand the plague that unfolds in our hearts and minds?

At the beginning of our conversation, Jane was timid and mild, saying only what was necessary, leaving behind an air of mystery. But at the end of it, she was confident and expanded on the beliefs and ideas she wanted to propagate as an artist.

From a young age she has always been driven to do more than what was expected of her. She believes that this trait of hers came from observing her father, and his ability to make something out of anything. To put it quite simply, creativity bloomed inside of her from a tender age.

She was also adamant of the fact that age or gender should never be seen as a restriction, especially when it came to accomplishing one’s dreams. This mindset is a reflection of her will to pick up the brush again. After devoting much of her time in raising her children, she decided to get back to doing something else she loved: art.

Her initial rendezvous included sketching with charcoal, followed by painting in acrylic and oil based paints. While Jane is a self-taught artist, she did train for a few years at BGM School of Fine Art. Here, she understood the basic techniques that an artist required.

While she may be a fresh artist to hit the art scene, her determination and eagerness to learn more is clearly seen on canvas. She hopes to experiment further and craft out her own artistic style. At the moment, her portfolio mostly consists of portraits of women, children, and elders.

When asked about her reason for choosing these specific subjects, she explained about her interest in capturing vulnerability, innocence, and depth which she believed were found in them. Having pursued her Master’s in Psychology, her fascination with behavioral studies especially in children and women have inspired her creatively.

Her paintings depict realism and are extremely expressive. Her portraits are of women who belong to rural towns and are expected to adhere to customs and traditions; suppressing them to cover up with their attire as well as their feelings.

As a woman, wife and a mother herself, Jane has always wanted to encapsulate the unspoken, that’s hidden behind a smile or a gaze. While we may live in different times, our voices as women aren’t as amplified as we’d like them to be. And it’s her hope to use art as a medium to express these feelings.

Her next venture also addresses a matter that may not be easy to swallow for some, but is none the less important. She plans to explore abstract nude paintings in the hope that will lessen the stigma it holds. It is after all the need of the hour to create a safe space for representation and expression.

As art has always been a reflection of our lives; our relationship with our bodies are a part of it. She hopes that with the right encouragement perhaps we will be able to embrace it as a part of our existence rather than silencing it.

When I asked her who inspired her the most, she smiled and told me it was her daughter, her cheerleader. Since, she was able to notice Jane’s fine hand and gave her the confidence she needed to take art seriously.

After managing her household, Jane burns the midnight oil, crafting her artistic skills on canvases. With consistent practice she found confidence in her abilities. This led to her first Solo exhibition ‘Colors of Life’ at Deepa Comforts here.

Her message from her experience would be - to not let your age be a barrier to your success. But believe that you can still accomplish the dreams you once had. Being a parent shouldn’t stop you from pursuing your individual passions because it doesn’t completely define who you are.