The accused were arrested from Sutpadi cross of Balepuni village while they were trying to transport the stolen batteries. 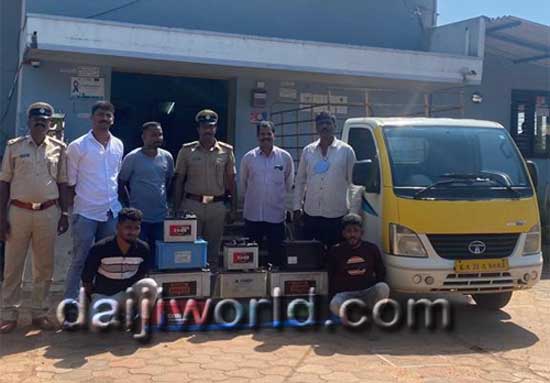 The accused have been produced before the court.