Panaji, Dec 1 (IANS): Delay in formalising of an alliance between the Congress, Nationalist Congress party and other like-minded political outfits may lead to a repeat of the 2017 post poll fiasco, which eventually enabled the Bharatiya Janata Party to creep into power, despite emerging as the second largest party in the 40-member state Assembly, state NCP president Jose Phillip D'Souza said on Wednesday.

D'Souza also said that while the alliance between the NCP and the Congress had been sealed in principle, the two parties were still to work out a seat sharing arrangement for the upcoming 2022 polls.

"It is not good to leave it (alliance) till late. If there is delay, then what will happen in 2017, will repeat itself," D'Souza told reporters here. 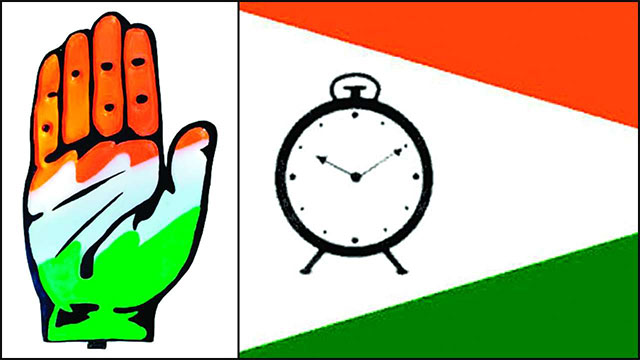 The Congress emerged as the single largest party with 17 MLAs in the state Assembly and the BJP had 13 MLAs. But with no clear pre-poll alignment in place, the Congress was left isolated in the moments after the results were declared, paving way for the BJP to quickly cobble together an alliance and claim power in the coastal state in 2017.

D'Souza said that formation of an alliance was critical for the NCP and other anti-BJP parties.

"The important thing about the 2022 polls is the formation of our alliance. There will be a lot of problems, if there is no alliance. Our leaders have spoken to the Congress leaders and there was a discussion and finally they said, alliance is there," D'Souza said.

"There are other like-minded parties, Congress, NCP, Goa Forward and all this, but the seat-sharing component has not been done yet. How to carry out seat-sharing, how will the seats be allotted, the leaders are in touch (for this). We have to declare the alliance first," D'Souza said.