Beijing, Dec 1 (IANS): Formula 1 CEO Stefano Domenicali says the sport has received interest in a second Grand Prix in China, and that the arrival of Zhou Guanyu onto the 2022 grid will have a "huge impact" on F1's popularity in the country.

Due to China's strict COVID-related entry restrictions, the Chinese Grand Prix has not taken place since 2019, and will not feature on next year's F1 calendar.

Despite these setbacks, F1 earlier this month agreed a deal for the Shanghai-based race to continue until 2025, in a clear sign that the sport remains committed to growing its presence within China. 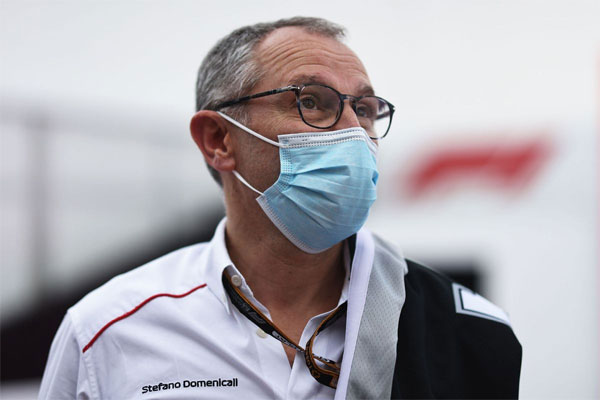 Notwithstanding the lack of a Grand Prix, Chinese interest in F1 is nevertheless expected to increase next year when Zhou becomes the country's first F1 race driver, Xinhua reports. Speaking to digital media outlet The Race on Tuesday, Domenicali said it was "100 per cent" realistic for China to have a second Grand Prix.

"I can tell you we have already received interest from another city to have a (second) Grand Prix in China," Domenicali said.

The Italian added, "I'm sure the effect of Zhou being in F1, the first Chinese driver in F1, will have a huge impact on the awareness (of F1 in China)."

It is not clear where a second Grand Prix in China would be held. The Shanghai International Circuit, which hosts the existing Chinese Grand Prix, is the country's only purpose-built track with FIA Grade 1 certification -- a prerequisite for hosting a round of the F1 world championship.

One solution could be a Grand Prix staged on a temporary circuit around the public roads of a city in China, and such a move would tie in with F1's recent expansion efforts.

The sport is set to welcome a race around the streets of Miami next year, and this weekend will see the very first Saudi Arabian Grand Prix, held on public roads in Jeddah.