He was addressing a press conference here on Monday November 22. When the media persons questioned him on family politics, he pointed out that Congress leaders, Nehru, Indira, Rajiv, Sonia, Rahul and Priyanka, and BJP leaders, Yediyurappa and his sons are all in politics. He said that there are many such examples and found that singling out JD(S) as party of a single family is not justified. 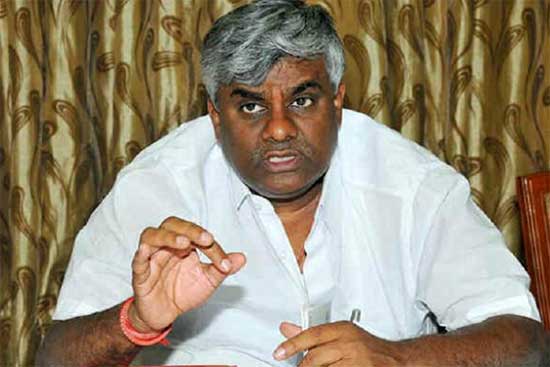 "The family of Deve Gowda never got involved with backdoor politics or caste-based politics. We had issued ticket to Lingesh, a Lingayat, in Belur Constituency and made him an MLA. In Salagame constituency, we made Satyanarayan, a Brahmin, a zilla panchayat member and made him the zilla panchayat president. Annappa Shetty was also made president," he stated. Without naming H M Vishwanth, he said that those who went out of the JD(S) are shuttling around the Congress and the BJP.

Revanna said that his son, Dr Suraj Revanna, submitted his nomination already and would be providing income and property certificates on Tuesday. He wanted the election commission to provide proper information to the government. "There are people who keep complaining for everything. But as long as we are in order, no one can do anything," he stressed.