Udupi, Nov 15: Well-known Sandalwood music composer and script writer, 'Naada Brahma' Hamsalekha, was in the eye of a storm after making some off the cuff remarks he passed when referring to Pejawar Swamiji Sri Vishwesha Theertha, when participating in a public programme. The comment, he passed had given rise to heated debate between his supporters and detractors in the social media.

As there was widespread anguish at his remarks in the social media, Hamsalekha has apologized for the same.

Hamsalekha had participated in an awards function at Mysuru in the capacity of chief guest. He had spoken there about the Dalits and the dreaded practice of untouchability. He had also referred to Pejawar Swamij. 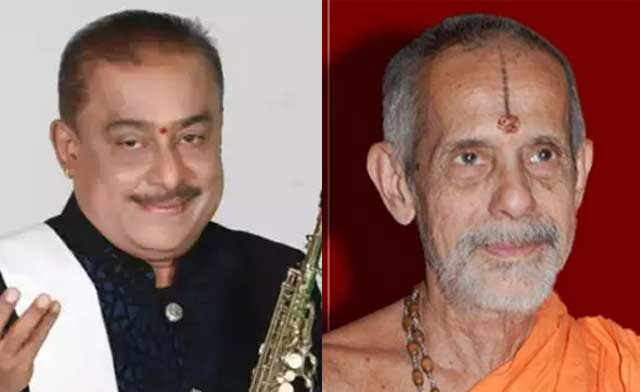 The video of this incident had become viral in the social media. Many had demanded for an apology from Hamsalekha. Now he has apologized for his remarks through a video clip.

During the said programme at Mysuru, Hamsalekha had referred to the initiative undertaken by the Pejawar Swamiji to visit the Dalit colonies and also to stay in such colonies. "The best he can do is to go there and sit. Can he eat chicken if offered, or can he eat mutton fry or liver fry? I don't think that visiting the houses of Dalits is a big achievement," he had stated. He also felt that people of forward communities should take Dalits to their homes and feed them. They should also offer to wash the utensils used by the Dalits, he had commented.

After these statements turned viral, many began to comment in favour of and against Hamsalekha. Some supported him while many asked him to apologize and felt that he was not right in making wry remarks about Biligiri Rangayya and Pejawar Swamiji. There were also warnings that if he did not apologise, there may be adverse repercussions.

As soon as the video went viral, Hamsalekha came out with an apology, the video of which he posted in the Facebook. "I know I was wrong in making such comments in an awards ceremony. I have high respect for the efforts being made by elders and personalities to banish untouchability and I have high regard and respect for these efforts. Even my wife did not like some of my utterances and I sought apologies from her. I am a musician and do not want to hurt anyone. Just like my music which gives comfort to others, my words and life also should make them happy. Please excuse me if my words have hurt you," he said in the video.