Perth, Oct 28 (IANS): Australia cricketer Alyssa Healy has called for a womens Indian Premier League (IPL) after the Lucknow and Ahmedabad franchises were unveiled as the new teams in the cash-rich league on Monday. While the RPSG Group bagged rights for the Lucknow team for Rs 7090 crore, CVC Capitals were awarded the Ahmedabad team for Rs 5625 crore.

The men's equivalent of the IPL, the Women's T20 Challenge, a three-team affair, hasn't taken place after the 2020 edition in the UAE. This year's edition of the event didn't take place while the 2021 edition of the IPL took place in India and resumed in the UAE due to the second wave of Covid-19 pandemic breaching bio-bubbles in May this year. 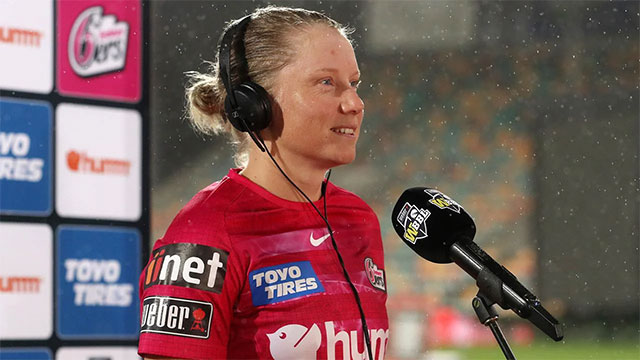 "I feel like I have made some thoughts known in the past about the way that has unfolded.

"From a personal perspective it was disappointing they postponed the women's exhibition games. They did everything they possibly could to put the back end of the IPL on (after it was abandoned in April) leading into a World Cup and then within a week of that starting they have two new men's IPL teams," Alyssa said to The Australian on Thursday.

Alyssa further said that she hopes there will be some news from the BCCI on a full-fledged women's IPL in the future.

"They've made all those moves and there's still no word on whether they are even going to play the postponed exhibition games. They just got a $2bn payday and hopefully some of that will go back into women's cricket and maybe a women's IPL in the near future. But we want to see it happen, we want to see world cricket really strong and that's the next step, for India to put on a showcase of an event and show the world how good these young Indian players are."

In the top-run scorers list, Jemimah and Richa in the top ten run-scorers list while Harmanpreet is at tenth place in the wicket-takers list. Understandably, Alyssa has been delighted with the presence of Indian players leaving their mark in the tournament.

"Hopefully, it might start the conversation back in India about the women's IPL. I know they would be really excited to see more of those exhibition games. A women's IPL would be ideal, but just to showcase the talent they have got. I would just love to see them get as much opportunity as possible."