Bengaluru, Oct 25: Archbishop of Bangalore Archdiocese Most Rev Dr Peter Machado has strongly opposed the Basavaraj Bommai-led BJP government’s move to promulgate an anti-conversion bill in Karnataka and also the State Backward Classes and Minorities Welfare Department’s order for conducting a survey of both official and non-official Christian missionaries, institutions and establishments functioning in Karnataka.

“We fail to understand the compelling need behind such a move,” said the Archbishop, who is also the President of Karnataka Region Catholic Bishops’ Council as also the All Karnataka United Christian Forum for Human Rights. 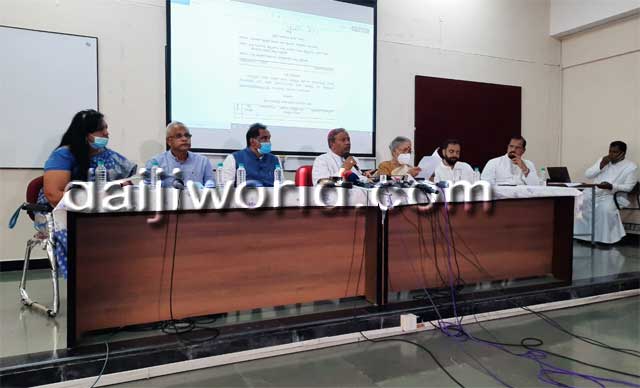 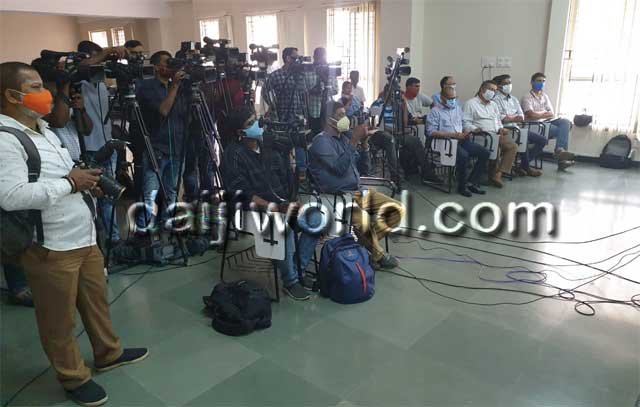 Addressing media persons in Bengaluru on Monday, the Archbishop said: “The entire Christian community in Karnataka opposes the proposal in one voice and questions the need for such an exercise when sufficient laws and court directives are in place to monitor any aberration of the existing laws.”

The Archbishop said the State Backward Classes and Minority Welfare Department has also directed its administration and police intelligence to conduct a survey of the religious personnel and places of worship, institutions and establishments only of the Christian community.

The Indian Constitution Article 25 very clearly says: "All persons are equally entitled to freedom of conscience and the right to freely profess, practice, and propagate religion subject to public order, morality and health." Further, Article 26 says that all denominations can manage their own affairs in matters of religion, he said pointing out that introducing any laws that would infringe the rights of the citizens, especially minority communities.

“The anti-conversion bill would become a tool for the fringe elements to take law into their own hands and vitiate the atmosphere with communal unrest in the otherwise peaceful State. Random and sporadic incidents should not be referred to the entire Christian Community in bad light,” he said.

Archbishop Machado said the State Backward Classes and Minority Welfare Department’s compelling need to order a survey was difficult to understand. “If the Government so desires to have a survey let it do it. But why only Christian community is targeted and marked for this arbitrary, fallacious and illogical move? When all the relevant data is already available with the Central and the State Governments, why do we need yet another futile exercise? What is the motive that is driving them to do so?”

He pointed out that the Government is in possession of the actual census figures of the Christian community since independence. “If the allegations of rampant conversion across the State is true, why then the number has not increased beyond 1.87% as per the last census figures,” he asked.

“Thousands of schools, colleges and hospitals are run and managed by Christian Community across the State. Lakhs of students are graduating from these institutions year after year. Thousands of patients irrespective of caste, creed and colour receive the best medical attention from our hospitals and care centers,” he said challenging the Government prove that even one of them has ever been influenced, compelled or coerced to change his or her religion.

“If the Government is still bent on introducing ‘Anti-Conversion’ Bill, we are afraid it will only fall into the hands of the undesirable elements and the fringe groups who will target the Christian community and attack our churches and institutions. It is sure to vitiate and bring in communal conflagration and disturb the peace in the society,” he warned.

The Archbishop took note of Chief Minister Basavaraj Bommai’s response to the media in recent days and said, “He has validated and granted a tacit sanction to ‘moral policing’ as a natural sequence that should be seen through the prism of ‘action and reaction’. This has only extolled and emboldened the fringe elements and self-styled vigilantes.”

After the Chief Minister’s remarks, the Archbishop said: “Attacks and persecutions have increased in undesirable proportions on the religious minorities in the State. Add to this, another tool of ‘Anti-conversion’ law will only make all hell break loose. We are witnessing the distressing results of such laws elsewhere in the country.”

“In view of this and many more factors, we passionately appeal to our Chief Minister to withdraw the Orders issued by the Backward Classes and Minority Welfare Department, and the proposal to introduce ‘Anti-Conversion’ Bill and thereby preserve and contribute to the communal peace, tranquility and brotherhood, which is the hallmark of any progressive State,” he said.