Panaji, Oct 24 (IANS): West Bengal Chief Minister Mamata Banerjee, who is keen on her Trinamool Congress wresting Tripura and Goa from BJP in the Assembly elections scheduled next year, on Saturday said that she will make her maiden visit to the coastal state on October 28.

Ahead of her first visit, the Trinamool Congress Chairperson called upon all individuals, organisations and political parties to join forces to defeat the BJP. 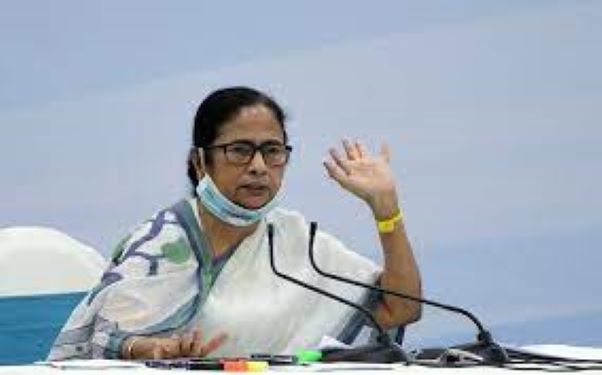 "As I prepare for my maiden visit to Goa on 28th, I call upon all individuals, organisations and political parties to join forces to defeat the BJP and their divisive agenda. The people of Goa have suffered enough over the last 10 years," Banerjee tweeted.

She reiterated that the Trinamool will form a new government in Goa. "Together, we will usher in a new dawn for Goa by forming a new govt that will truly be a govt of the people of Goa and committed to realising their aspirations! #GoenchiNaviSakal," she tweeted.

Trinamool has already inducted former Chief Minister and 7-time MLA Luizinho Faleiro from the Congress. Faleiro, who is likely to be face of the election in Goa that is going for the election in 2022 - was appointed national Vice President of the Trinamool on Friday.

"I'm humbled by your faith in me @MamataOfficial & party. All that I had expected was to fight the divisive forces of BJP alongside you. Thank you for giving Goans a voice at the national stage! This appointment has reaffirmed your affection, love & concern for Goa and Goans alike," Faleiro tweeted.

Before going to Goa, Banerjee will go to north Bengal on a four-day visit to hold an administrative meeting at Siliguri and have a look at the on-ground situation of the flood-affected districts.

She will go to north Bengal on Sunday and the same day, hold a meeting with the Darjeeling district officials, where apart from the flood situation, issues of development will also be discussed. She will also hold administrative meetings with the officials of the other north Bengal districts at the north Bengal state secretariat at 'Uttar Kanya' on October 25 and 26.

Sources in the CMO said that the Chief Minister is also likely to review the flood situation of the north Bengal districts, but she will not go to Darjeeling this time.