Panaji, Oct 23 (IANS): Prime Minister Narendra Modi on Saturday underlined the importance and benefits of a "double engine" government in Goa, suggesting that a BJP government in the state and at the Centre was necessary to ensure stability and development of the region.

"Goa needs the continuity of a double engine government. Goa needs clear policy like now, a stable government, it needs a spirited leadership," Modi said during an interactive session with Chief Minister Pramod Sawant, local bureaucrats and beneficiaries of the schemes launched under the Swayampura Bharat and Atmanirbhar Goa programme. 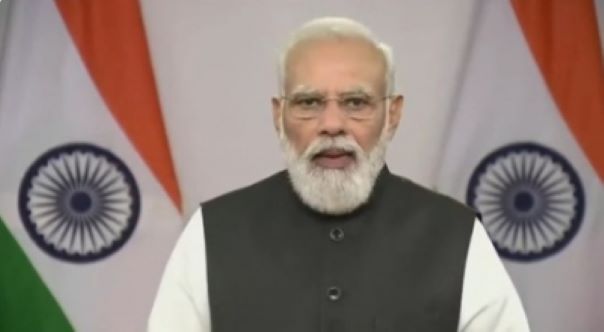 "Goa has whatever is needed for the creation of an Atmanirbhar Bharat, which is why the complete development of Goa is a priority for the double engine government. Friends, the double engine government is paying special attention towards creating infrastructure in rural, urban and coastal areas," Modi also said while summing up the video interaction.

The Prime Minister said that notable projects like the upcoming second airport at Mopa in North Goa, a logistics hub, the country's second longest cable bridge across the Zuari river as well as thousands of crores of rupees worth of projects related to the National Highways would usher in new avenues for international and national connectivity in the tourist state.

"The infrastructure development will also help increase the incomes of farmers and fisherfolk," Modi said.

"The central government is spending five times the quantum of funds on upgrading rural infrastructure in Goa, than what used to be allocated in the past," Modi said.

"The central government has allotted Goa Rs 500 crore for the upgradation of rural infrastructure. This will speed up development in the agriculture and animal husbandry sector," the Prime Minister also said.