Mangaluru, Oct 23: The Surathkal police have arrested five persons including a rowdy sheeter named Pinky Nawaz, relating to a voice message that had threatened to murder the dignitaries who took part in the ceremony in which a bus shelter was renamed after Deepak Rao.

In memory of Deepak Rao, who was murdered four years back, a newly constructed bus shelter near Katipalla third block entrance, was decided to be named after Rao. Accordingly, MLA Bharath Shetty, had inaugurated the bus shelter at 9.30 am on October 2. After this incident, an audio clip said to be containing a conversation between Pinky Nawaz, who has been accused in the Deepak Rao murder case, and Junnu, was shared in Lokhandwala WhatsApp group. The audio contained the sentence that the guests who took part in the bus shelter inaugural would be murdered. This became viral in social websites. Based on this, Lokesh from Katipalla filed a complaint in Surathkal police station. The police who took up investigation, arrested five. 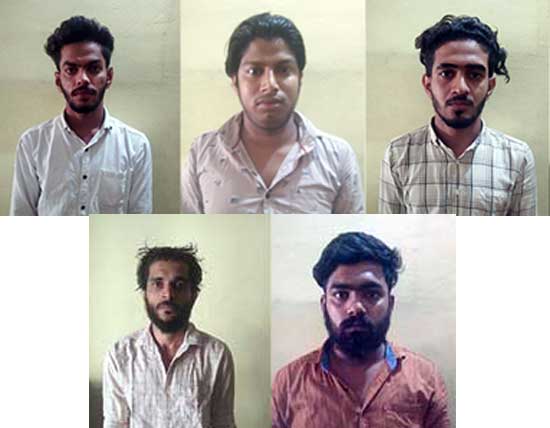 The police have recovered sabre and four mobile phones from the arrested accused. The police are making efforts to arrest some more including Junnu.