Karkala, Oct 20: In an incident which happened within the limits of Karkala rural police station here on October 18, a man, accompanied by some friends, assaulted his wife and children and took away his daughter. The wife and children were staying at his in-laws residence after marital discord arose between the couple.

Pratima Devadiga, resident of five cents colony in Edu village in the taluk, had married Kumar from Anekallu in 2014. The couple lived together thereafter but they used to have frequent rifts on minor issues. Reportedly, Kumar had inflicted violence on his wife and children before creating problems for them by driving them out of his house. Frustrated by his behaviour, the lady with her two children, had returned to her parents’ house at five cents colony in Alimarugudde. Her husband often got drunk and came to her parental home where he raised a din now and then. 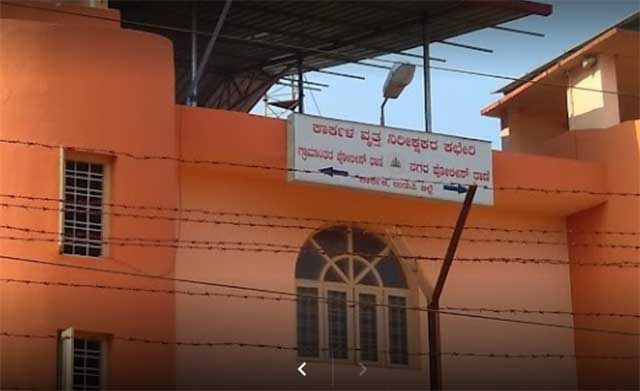 Kumar used to ask his wife to come to Anekallu. On the night of October 16, he called his wife directing her to return to him with his children failing which he threatened to take away the children by following his own methods.

On the morning of October 18, Kumar came to his in-laws residence with some people known to him like Dhruv, Varun, Manju, Pavan and three others. He came by a Tata Sumo vehicle, entered the house of in-laws forcibly, by damaging the doors and windows of the house by kicking them with his feet.

He beat up his wife and children and tried to drag them away. The gang beat up Praveen, brother of the lady, when he tried to stop them. He succeeded in taking his daughter away.

A complaint in this connection was registered at the rural police station here.