Bantwal: Team of officials, elected representatives act against release of waste to NH

Bantwal, Oct 18: The team of government officials and elected representatives have acted against release of hotel waste to the national highways at Kadegoli, Tumbe panchayat limits. They closed the pipe through which the wastewater was being released, prepared a soak pit and suggested leaving the waste in it.

Taluk panchayat executive officer Rajanna visited the spot and said that nobody is permitted to release waste water out. “Soak pits should be prepared for it. The operation that is started at Kadegoli should be conducted in the entire panchayat limits,” he said. 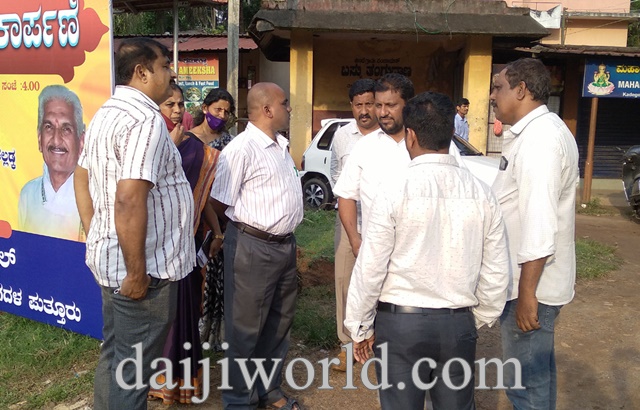 Panchayat president Pravin Tumbe said that waste water from the hotel flowing on the highway causes problems for people using the road. “It was believed earlier that the water goes to waste. But we closed it when we realised it was hotel waste. Such operations will continue uninterrupted,” he said.