LS bypoll: 'Get Joe Biden, we are not scared', Raut taunts BJP

Silvassa (Dadra & Nagar Haveli), Oct 16 (IANS): Kickstarting the campaign for the upcoming Lok Sabha bypoll to the Union Territory of Dadra & Nagar Haveli seat, Shiv Sena MP Sanjay Raut said the party is not worried even if the BJP brings US President Joe Biden for canvassing, here on Saturday.

"When the Shiv Sena speaks, it's called a roar. The Railway Minister of India is sitting in Silvassa for the past four days. Is there no work left in his ministry or has it been auctioned off like Air India? Even if they deploy Biden for campaign, we are not bothered," Raut said. 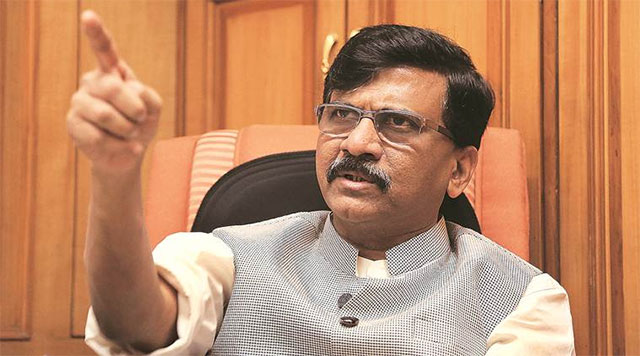 "There is a reign of terror in Dadra & Nagar Haveli unleashed by the current administration. Mohan Delkar 'sacrificed' his life for the people. We have fielded Kalaben Delkar to ensure justice for his 'atma-samarpan' and the masses of this Union Territory are suffering under the present regime," Raut asserted.

Addressing mediapersons here, the Sena's Chief Spokesperson took potshots at the BJP, saying that even during the West Bengal elections, the entire Union Cabinet and the BJP top brass campaigned there, but they proved no match for the charisma of Mamata Banerjee.

"In the same way, no attempts by the BJP will work here. We have held the hand of Kalaben Delkar, she's our mother and sister, we will support her throughout. We expect her poll victory will be the biggest ever in the electoral history of this constituency," Raut declared.

He said Kalaben Delkar does not need any sympathy but only support since her family has worked in the UT - around 170 km north of Mumbai nestling between Maharashtra-Gujarat borders - for several decades and she deserved to win the seat held by her late husband and her late father-in-law Sanjibhai R. Delkar.

"After the 2024 elections, Shiv Sena will play a crucial role in national politics... It will start with the Dadra & Nagar Haveli seat. It's a fight for our dignity and self-respect and we shall struggle till the end," Raut said.

Last week, Kalaben Delkar, along with her family and thousands of supporters joined the Shiv Sena in the presence of party President and Chief Minister Uddhav Thackeray in Mumbai and was made the candidate for the parliamentary bypoll, taking political circles by surprise.

Title: LS bypoll: 'Get Joe Biden, we are not scared', Raut taunts BJP