Mangaluru, Oct 1: Karnataka Fisheries Development Corporation Ltd (KFDC) has taken up the work of setting up fish markets at various places within Karnataka. The work is in different stages of completion. The plan is aimed at giving further boost to fish markets all over the state.

The work on fish markets is almost complete in Narasimharajapura, Sagar, Yadgir, Indi, Siruguppa and Sindhanur. In Sastan, building construction has been completed. Construction work has begun in Belagavi and Haleangady, KFDC managing director, M L Doddamani, stated. He said that the officials have been advised to look for alternative land in Kundapur for opening a full-fledged fish market there. Proposal has also been sent for identifying land in Halady. In Virajpet, a fish market has been completed, he stated. 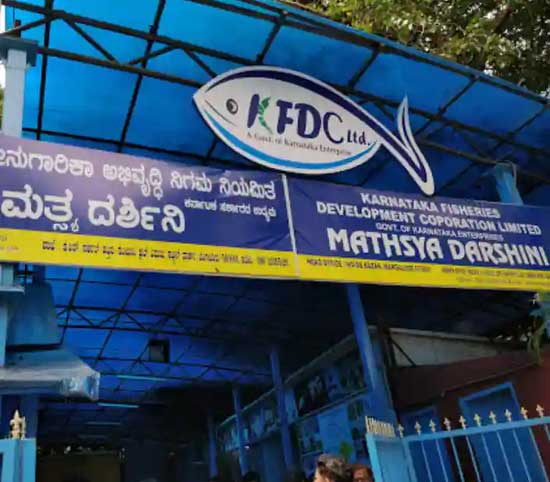 KFDC plans to open Matsyadarshini fish stalls in 11 locations in Karnataka. These stalls are planned to be designed in the same way. As many as 27 Matsyadarshini stalls have already been opened in Bengaluru.

For the seafood mobile van of KFDC in Mangaluru, space had been arranged by the side of Kadri Park in the past. This happened to be a favourite spot for fish food lovers. After the Covid lockdown, the services of the van could not be continued. We are searching for a suitable spot for the van and also new areas to popularise seafood, he stated.

Doddamani stated that a fish processing unit is planned to be opened at Kulai in the outskirts of the city. "The government has approved the plan. We are waiting for the permission from the industries and commerce department. The work on the fish processing centre at Tadadi has been completed and e-tender has been floated for its operations," he informed.