Mangaluru, Sep 18: “BJP backstabbed the Hindus. The silence of those who wear saffron robes, who roared during the changeover of chief minister in the state, is condemnable,” said Dharmendra, state secretary of Hindu Maha Sabha (HMS).

Speaking at a press conference in the city, Dharmendra said, “When we see the fight that is waged by Sangh Parivar, we feel pity on them. BJP is trying to cover up the deeds they have done to the public by this drama. If the fight of Sangh Parivar is really truthful and for justice in the coming elections defeat BJP and support HMS which is party of Hindutva.” 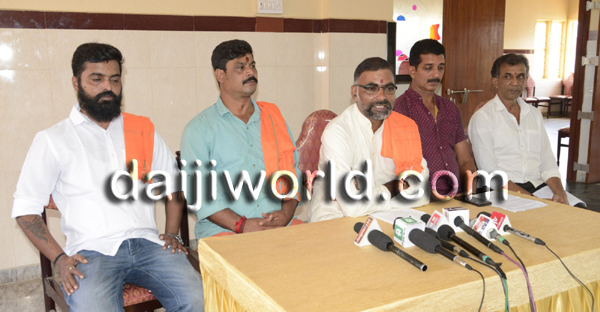 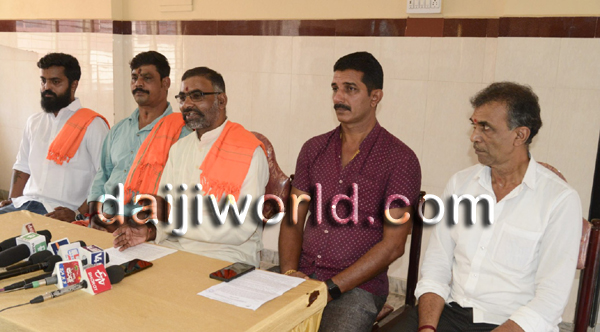 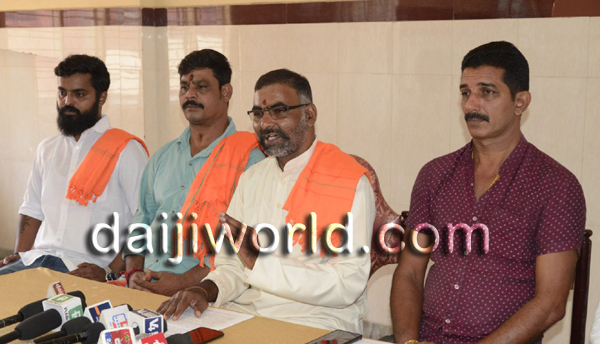 Responding to the demolition of 800-year-old historical temple at Mysuru, Dharmendra said, “BJP have raided the Hindu temple citing SC order as the reason. They are targeting only Hindu temples. Did they demolish a single church or Mosque?

“MPs and MLAs of Karnataka are giving childish answers. BJP is trying to garner votes of minorities. That is why they have demolished temple. HMS is going to fight against BJP till the next elections.

“We have not spared Gandhi. We have killed him when Hindus were raided and massacred. Will we spare you? BJP is a spineless government. Talibanis are far better than them.