Thane (Maharashtra), Jul 13 (IANS): Rattled by a 'Gandhi-giri' style message sticking out of an open manhole on a footpath, Thane Municipal Corporation (TMC) officials swooped there at lightning speed for a 'cover-up' operation, here on Tuesday.

Earlier this morning, citizens hurrying to work paused momentarily to glance at a bouquet of flowers with the legend 'Saheb' blooming out of a yawning manhole, posing serious danger to pedestrians. 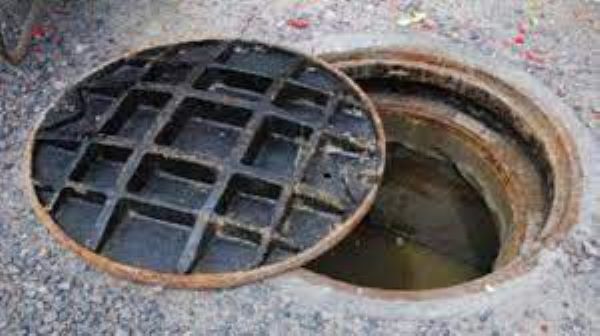 As many bemused people clicked furiously on their mobile phones and made the photos and videos viral, TMC officials scurried to the spot, surveyed the shoddy work done by the contractors and ordered urgent repairs to the footpath.

"Despite the clearly visible hazards, neither the local civic authorities nor the elected leaders from Thane seem bothered. Whoever has planted the bouquet with the telling message ('Saheb'- Sir) has done a quiet service to society," Dr Varghese pointed out.

However, by noon, almost the entire footpath wore a swank, new look, with all the missing/damaged manhole/gutter covers replaced and even the 'bouquet' yanked off from the spot, and no apparent pitfalls.

Dr Varghese recalled how last month (June 10) two women had fallen into an open gutter on a footpath in Bhandup in adjoining Mumbai, where the covers were apparently pushed aside by heavy rains and floods.

Both the women managed to clamber out without injuries even as Mumbai Mayor Kishori Pednekar rushed to inspect the spot and ordered the BrihanMumbai Municipal Corporation to do the needful that day.

While appreciating the prompt TMC response on Tuesday, Dr Varghese urged the civic authorities and elected leaders "to survey all such hazardous manholes/open gutters and cover them up prevent similar mishaps".