Bengaluru, Jul 9: The district legal services authority has filed a report with the high court (HC), stating that the effluents flowing out of the garbage dump at Pachanady join River Phalguni. The report was submitted to the division bench of the high court (HC) comprising Chief Justice A S Oka and Justice Ashok Nijagannavar on Thursday July 8. The report was handed over to the bench by the legal representatives the authority, Sridhar Prabhu. The bench directed Karnataka State Pollution Control Board to dispute an officer immediately to the spot, find out the current status and file a report with the court within a week. 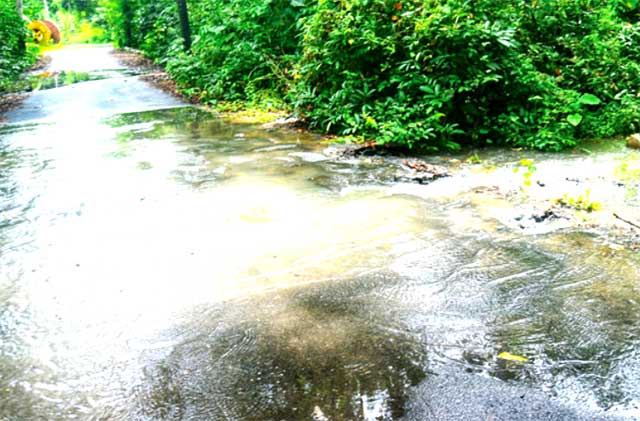 The report says that based on complaints from the people, representatives of the authority visited Pachanady and Mandara villages where the garbage dump of the city is located.

"The locals expressed anguish at the negligence of the officials. Dirty water, which is black in colour, is pouring out of the solid waste landfill site and joining River Phalguni. A dam has been built across this river at Maravoor from where drinking water is supplied to the city and surrounding areas," the report states. "We went by walk for about two to three km till Srimantha Rajaguliga Daivasthana and checked the facts. Black water gets mixed with clean water here. Water from all the streams and tributaries join River Phalguni which supplies drinking water. Therefore the people are worried about the chances of the spread of infectious diseases," the report added.

The report also mentions that pouring of effluents into the river will result in human-made disaster and lives of the people will be in peril. The environment too will be harmed, it adds.