Kundapur, Mar 17: A promotional video created by the teachers and students of Charmakki Narayana Shettyi Memorial government high school at Albady-Ardi in the taluk has received appreciation from all over the country. The video inspires the concerned to apply for the Prime Minister's ambitious programme, 'Pariksha Pe Charcha'.

This video has already been telecast through the DD India, DD News and DD Chandana channels, apart from DD News and Twitter. With this, the talent and skills of the teachers and students of a rural school has spread all over the country. The Hindi version of the video will also be telecast through national level Hindi channels. 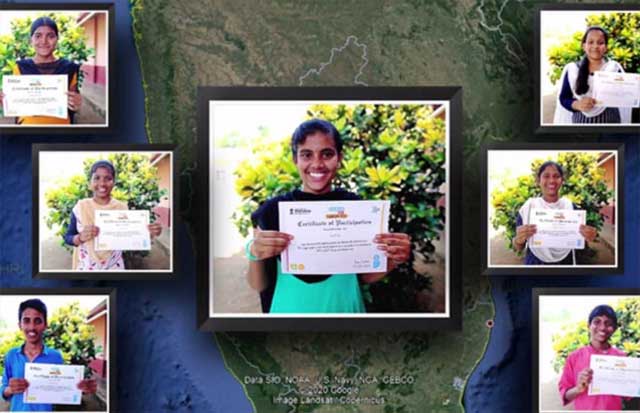 Screengrab from the video 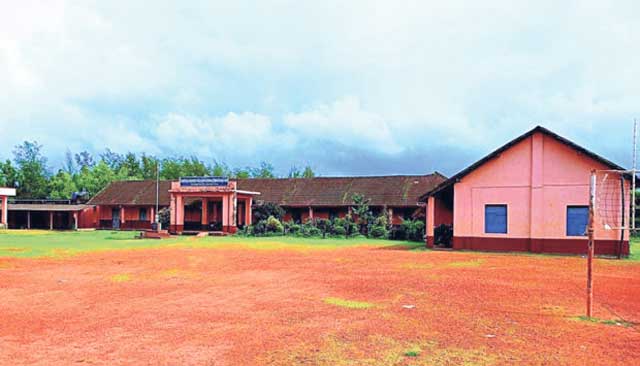 The length of this video is 2.52 minutes. It is made under the guidance of headmaster, Shekhar Shettigar, direction of national awardee teacher, Suresh Marakala Saibrakatte and support of other teachers. It has been made by using Google Earth technology. Google Earth has been ably used to showcase the school environment.

In the video, five girl students and two male students are seen giving inspiration messages to the viewers to file applications.

The video made by the staff and students of an outright rural school has been praised by the director in the ministry of human resources development, New Delhi. President of the school development and monitoring committee, officials of departments, parents, Charmakki Narayana Shetty organizations, and old students of the school and others have spoken words of appreciation for their work. Technical experts have also praised the video.