Ranchi, Dec 23 (IANS): The JMM-Congress-RJD combine scored a clear mandate in the Jharkhand Assembly polls, to form the new government.

As per the votes counted, the Jharkhand Mukti Morcha (JMM), the Congress and the Rashtriya Janata Dal (RJD) together won 47 constituencies out of the 81 seats. 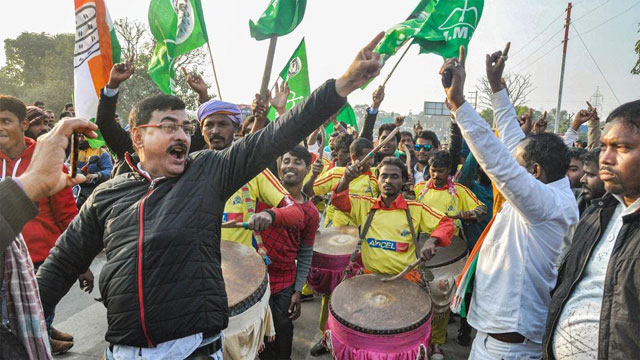 Talking to the media, Hemant Soren dedicated his victory to the people of the state and also thanked alliance partners for reposing faith in him.

"I thank Guruji (father Shibu Soren), Laluji and Soniaji, Rahulji, Priyankaji and all those leaders who reposed their faith and trust in me," Soren said.

Stating that a new chapter has been opened, he said it would be a milestone for the state. All the promises made to the people would be fulfilled, he added. "We will sit with the alliance partners and decide the next course of action," Soren said.

The elections took place in five phases between November 30 and December 20.

Jharkhand, Dec 23: The Jharkhand assembly election results 2019 will be announced today to determine the fate of the Raghubar Das-led Bharatiya Janata Party government in the state. Counting will be held in 81 constituencies of Jharkhand that voted over five phases in December.

In the 2019 Jharkhand assembly election, the primary fight is between the BJP and the Congress- Jharkhand Mukti Morcha alliance. 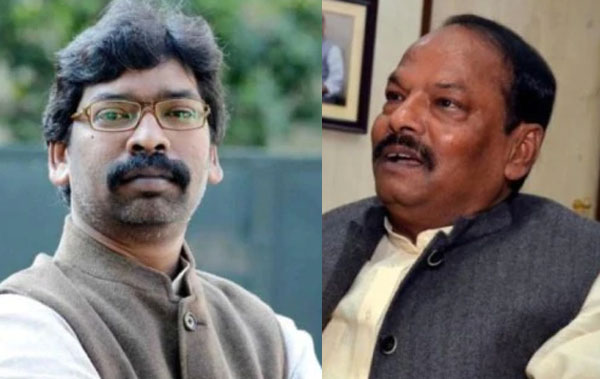 A part or alliance will need to win in at least 41 assembly seats to stand a chance at forming government in Jharkhand.