In Sharjah, there were chaos in the theatre as Konkani lovers poured in more than the available tickets and it was difficult to manage. Audience sat on the stairs to watch the movie. As the formal inauguration was difficult to conduct before the show, compere Uttam Menzes ably conducted it during the interval. Patron of Sharjah Karnataka Sangha, Mark Denis and well-known supporter of Konkani, Cynthia Goveas did the honours. Mark Denis requested the audience to show the same support always. 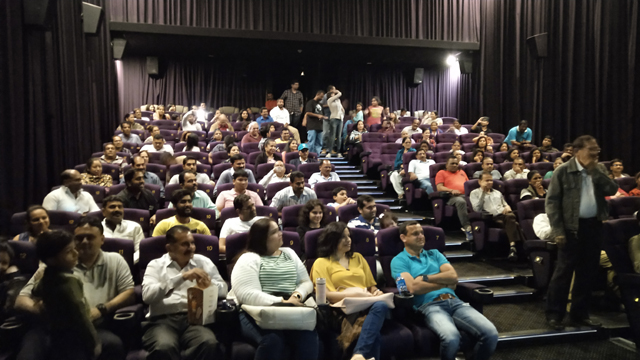 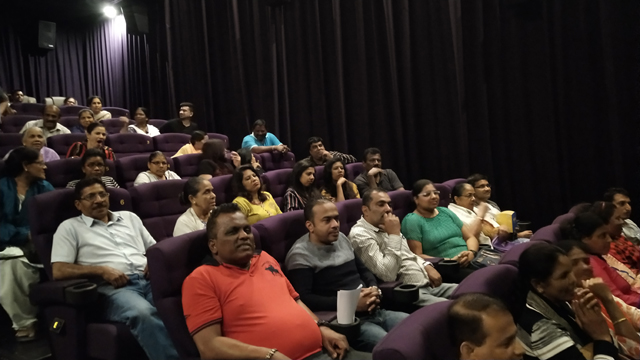 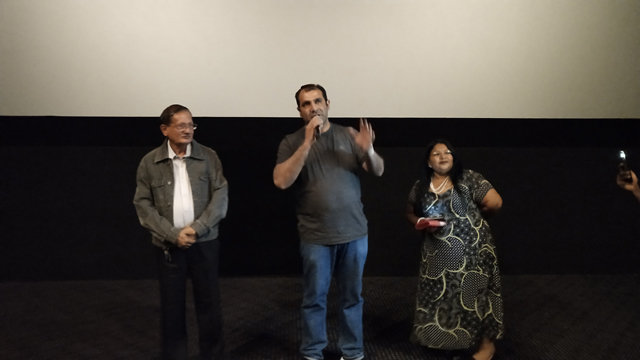 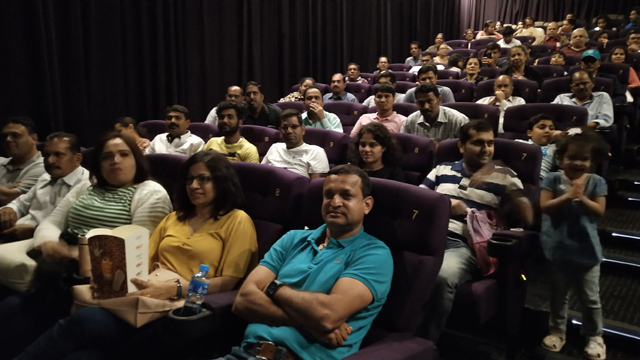 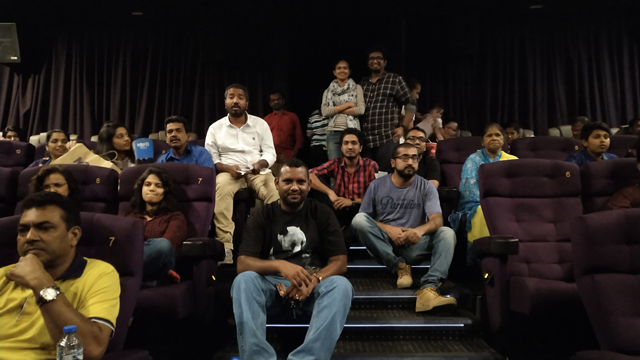 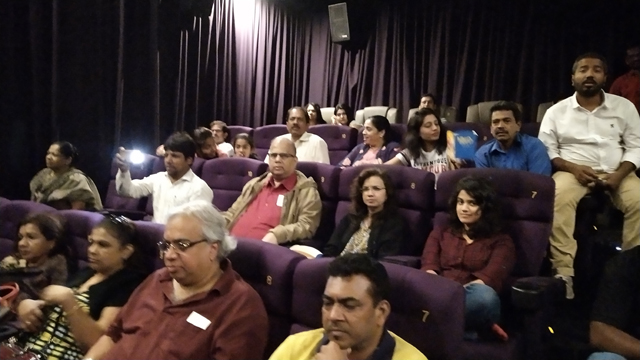 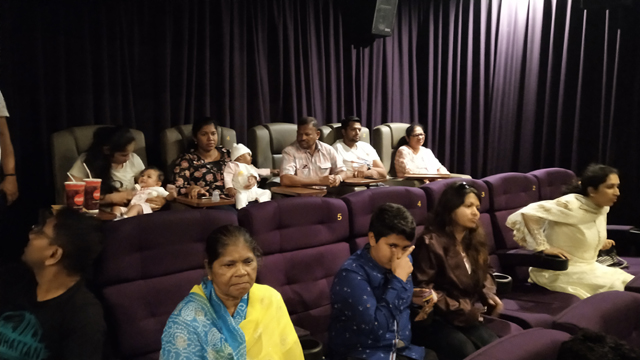 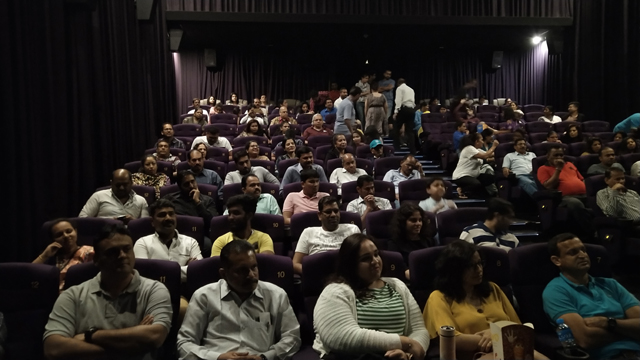 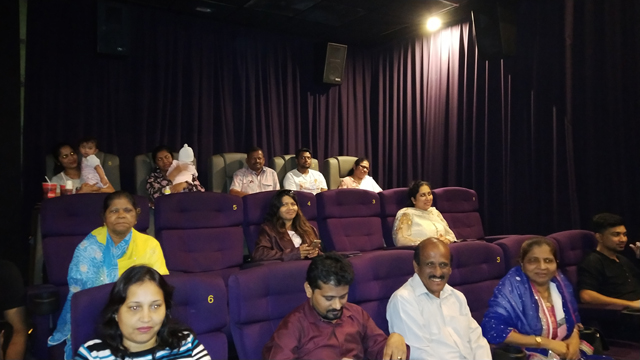 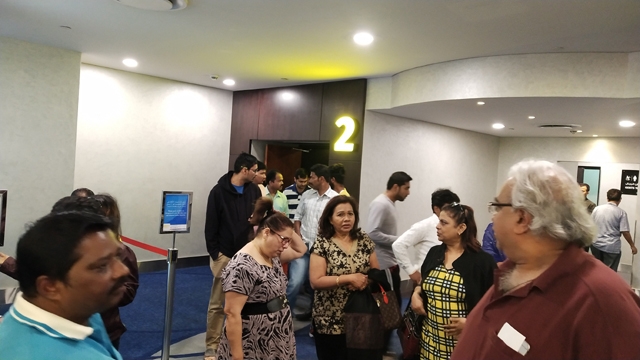 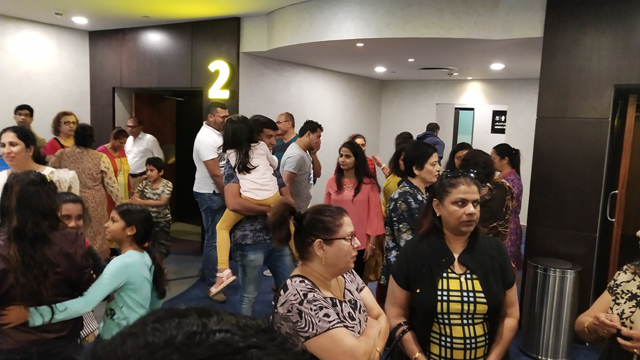 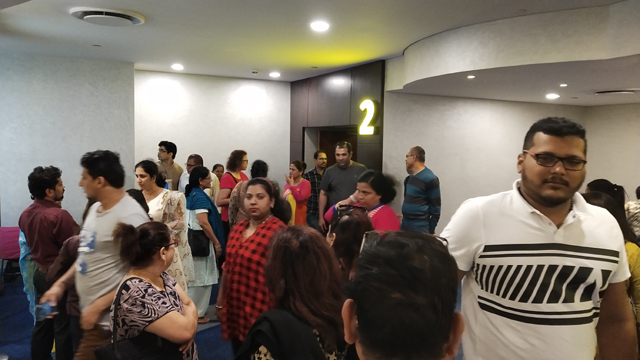 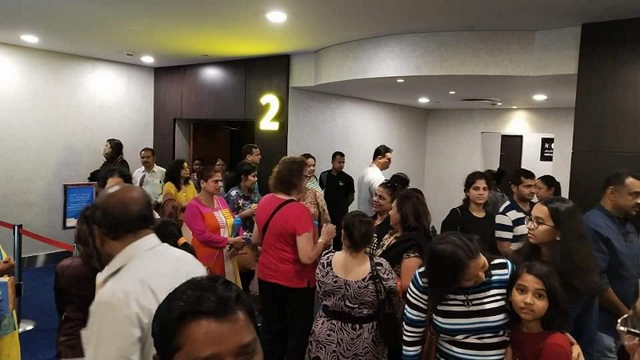 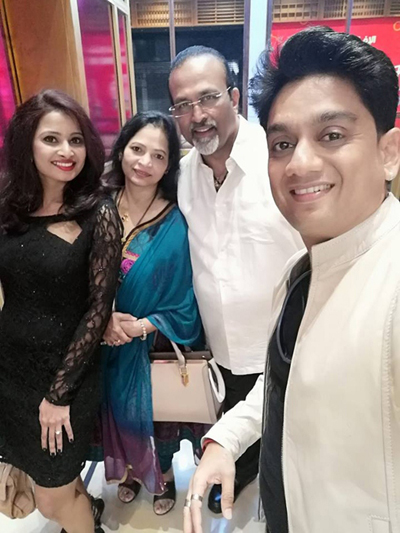 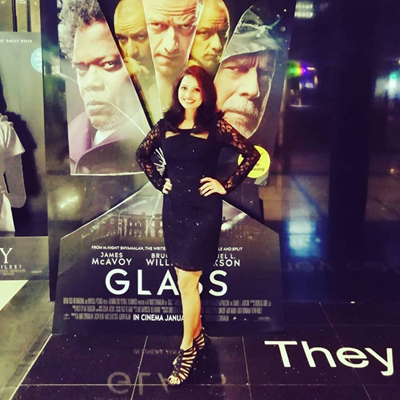 In Abu Dhabi, it was houseful and still people came in requesting for more tickets for their dear and near ones. Shodhan Prasad welcomed the audience and introduced and thanked Valerian Dalmaida, the current president of KCO who was elected for the 2nd term and the one who was responsible in making ‘Zanvoy No.1’ a complete success in Abu Dhabi. Shodhan also introduced the team of ‘Zanvoy No.1’, Deepak Paladka and Ranjitha Lewis. Later, he invited the guests Leo Rodrigues, Walter Almeida, Dolphy Vas, Michael D’Silva, Gerry D’Mello, Robert Pinto, Derick Pinto and Bhasker Shetty who have helped in the success of ‘Zanvoy No. 1’ release in Abu Dhabi. Sandhya Shodhan of Sandhya Creations welcomed all the guests with flowers.

Shodhan then announced the sad demise of Dinesh Fernandes and said that his wife Cynthia was always in their team supporting them. “We missed her presence today because of the untimely demise of her husband,” he said. He requested the audience to stand up for a prayer in respect for the departed soul. Valerian Dalmaida did the condolence prayer and everybody prayed for Dinesh’s soul to rest in peace. In Sharjah too, Uttam Menezes recited the condolence prayer and a minute-lomg prayer was rendered.

Audience in both the places thoroughly enjoyed the movie which was reflected in the comments they gave to the camera after the show.

‘Zanvoy No.1’ has already released in Mangaluru, Goa and Mumbai successfully in April 2018 onwards having special shows in various places in India. Soon after UAE release, the film will also be released in Oman, Kuwait, Bahrain and Israel. Plans are there to screen the movies in London and USA.

Overseas release is being arranged by ‘Sandhya Creations Overseas Movies’ and one can contact Shodhan Prasad on +971 52 5569786 for more information.