Kottayam, Sep 24 (IANS): Bishop Franco Mulakkal, arrested on charges of raping a nun, was on Monday sent to two weeks judicial custody by a Kerala court.

His bail plea will come up in the Kerala High Court later in the day.

The Pala court near here had on Saturday rejected his bail plea and sent him to two days police custody which ended on Monday.

A medical check-up of the bishop was conducted at the Kottayam Police Club where he was kept since Saturday. 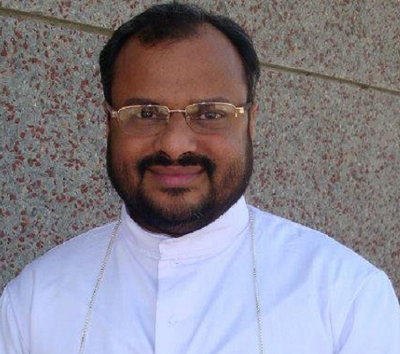 Mulakkal would be lodged at a sub jail in Kottayam district unless the high court gives him bail.

Bishop Mulakkal, who headed the Roman Catholic Diocese in Jalandhar, Punjab, was arrested in Kerala on September 21 after three days of questioning after a nun accused him of repeatedly raping her between 2014 to 2016.