Mangaluru: Attempt to murder a fearless man - Anti-social elements at it again 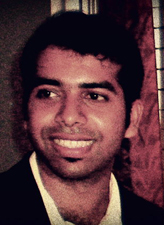 Mangaluru, Mar 17: The 'cloak and a dagger' technique of 'targeting Narendra Nayak', the acclaimed rationalist has once again brought back the horror memories of serial killings of rationalists and social activists in recent times in India. This is a reminder that 'forces of darkness' live amidst our surroundings, envy our virtues, watch our moves and try to get us at any cost by using cheap and coward methods. They say, "when they cannot defeat good with words, they use swords".

I have known Narendra Nayak for over five years now, and on the question of fear of life, he used to brush-off saying, "I am beyond death threats". He jokingly remarked that he has gotten bored about death threats on his life. The cheap threats have never shaken his guts to carry out his noble work. Narendra Nayak has been one of the most distinguished rationalist, educator, social worker and an activist for over four decades. As an educator and a social worker, Nayak has raised numerous awareness programmes in schools and has enlightened thousands of young children against superstition, blind beliefs and religious quacks.

Over the years, he has written for several international publications and has appeared on national media like NDTV with Barkha Dutt and has also participated in numerous international television documentaries. Despite such fame and status around the world, Nayak has always yearned for a simple life. Although ferocious in his work, Nayak holds modest ego and speaks with tenderness. He listen to opposite opinions, makes his point with ease, loves humour, worships honesty and never misses his twilight hours drink - tea. 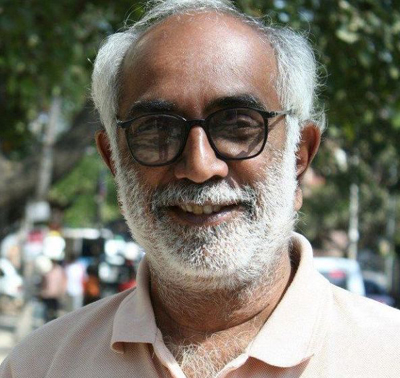 Nayak is a pioneer in the movement of Federation of Indian Rationalists, and is a vocal critic of religious fascism, communal outfits, has debunked tricksof phony babas and fake Godmen and more recently exposed the 'Midbrain Activation Programme' scam (a fraudulent training programme to equip children to sense visual properties without actually seeing them).

Off late, Nayak led a fierce campaign to seek justice to slain RTI activist Vinayak Baliga and jail his assailants. This fearless campaign has been probably his toughest in all this years, since the enemy has a might of a dinosaur, as it is linked to the Mafia. The Mangaluru police feared for his life, and he was given a private guard to escort him sometime last year. The assailants might have sketched the attack on Nayak, during the absence of the guard.

The tricks that the attackers played was old and outdated, but one must laud the wit and quick reflexes of the great rationalist, when the two bikers reminded him to check his punctured tires of his car. He did not halt, but suspected their intentions and drove all the way to the petrol station to check the fate of his tyres. Bravo!

As a good friend of Nayak, I urge him to be more careful, vigilant as always, demand more security and keep the fight against evil. He has helped inspire substantial number of people towards Freethought and humanism, notably the Mangaluru and Bengaluru Freethinkers Facebook groups.

The website Communalism Watch has produced a significant article where it mentions the names of around eleven prominent people in the hitlist of religious extremists in the state of Karnataka alone, largely for their outspoken views. Less surprisingly, five of them belong to Dakshina Kannada region, demonstrating the level of enormity the coastal belt society has stooped to.

In August 2015, renowned Kannada Literary figure M M Kalburgi was shot dead at his home by an unidentified gunman. Kalburgi’s contribution to Kannada literature was immense, he was a scholar and a epigraphist of the Vachanasahitya and had also served as the Vice chancellor of the Kannada University at Hampi. His murder sent shockwaves in the entire region, and chief minister Siddaramaiah considered the writer's loss 'seriously' and declared 'strictest punishment' to the assailants. But, two years have passed without a trace of his assassins. And the entire incident has been hogwashed from people's memories.

Renowned English professor of Mysore University K S Bhagwan, short film maker Irshad Uppinangady and Kannada literary icon Girish Karnad have been in the hitlist of religious extremists for over two years.The murder thread of Bangladeshi bloggers and Pakistani journalists has been extended into India, lately. Perhaps the most humiliating part is the inefficiency of the police; the department has repeatedly failed to pull some guts and nab the draconian elements.

Title: Mangaluru: Attempt to murder a fearless man - Anti-social elements at it again