Bengaluru, Dec 10: The Muzrai department has decided to drop the word ‘Deevatige Salaam’, in the temples that fall under its control that was introduced during the rule of Tipu Sultan.

Dharmika Parishad has already finalized a decision in this regard. Instead of ‘Salaam Arati’, ‘Arati Namaskara’ and in place of “Salaam Mangalarati’, ‘Mangalarati Namaskara’ will be introduced. A circular to this effect will be taken out soon by the Muzrai department. 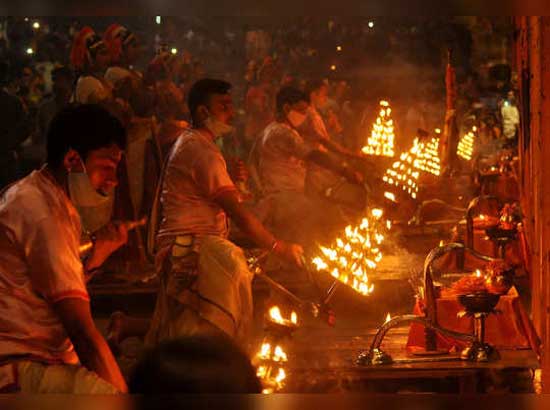 Parishad members said that Salaam is not a word of Sanskrit language. So the same needs to be changed to similar Sanskrit word.

Discussion is also held in this connection with pooja scholars and there will not be any change in the ritual of the pooja. All pooja services will be offered as per the traditional method. Only Salaam word will be omitted and Namaskara word will be used.

Salaam Mangalarati is done in many temples throughout the state including Kollur Sri Mookambika temple, Puttur Sri Mahalingeshwara temple and Kukke Subramanyam temple.

The word Muzrai was also dropped long ago. But the same is used now also. However, in future this word will also be dropped. A circular to this effect will be taken out soon. It will be called as Hindu religious organizations, Dharmadaya Datti department.

Kashekodi Suryanarayana Bhat, member of state Dhramika Parishad said, “Deevatige Salaam was the ritual that was practiced during Tipu Sultan’s rule. The new decision is taken with the intention of well-being of those who rule our state as well as the public. Only the name will get changed to Arati Namaskara and the ritual will continue as usual. Very soon a circular in this regard will be sent out.”