Udupi, Dec 9: Thieves entered a house when the inmates were away and decamped with gold ornaments worth Rs 96,000.

This incident is reported from a house located near LVT temple in Puttur village of the city.

The golden ornaments of Pooja Salian, who was living with her mother, were stolen. The thieves broke open the front lock of the house and took away one golden bangle weighing 16 grams and one golden pendent weighing four grams. 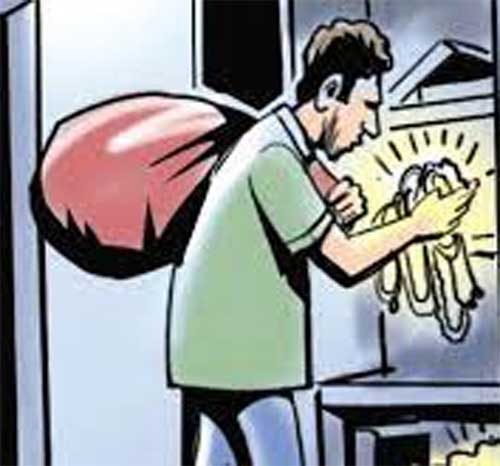 A case in this connection is registered in city police station.