Udupi, Dec 8: “BJP’s massive win in Gujarat Assembly elections is an indication of how high the party has grown. It is not restricted to Gujarat but is a prelude to the next Karnataka polls,” said BJP Manglauru in-charge and president of Mysore Electrical Industries Limited K Udaya Kumar Shetty.

He was speaking at the BJP victory celebrations held near the district BJP office on Thursday, December 8.

“Gujarat and Karnataka have similarity in Hindutva, development and other aspects. As per the opinion of the people BJP will earn a huge victory in Karnataka too. The election results in Gujarat will inspire Karnataka to reach the goal. I congratulate the union leaders and state unit workers on behalf of district BJP,” he said. 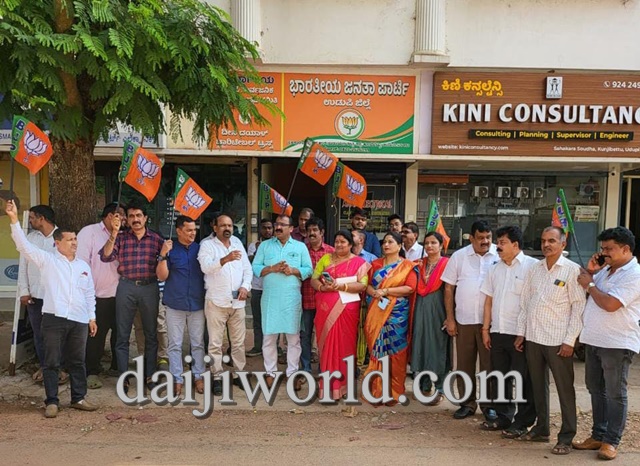 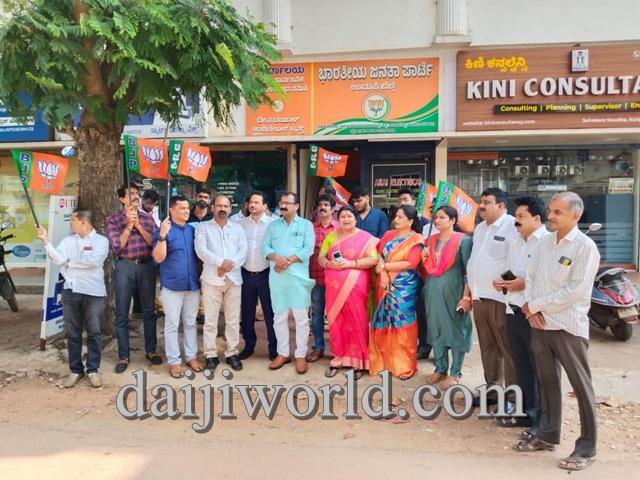 BJP district vice president Geetanjali M Suvarna who presided over the programme said that the concept of PM Modi’s Sab Ka Sath, Sab Ka Vikas was materializing. “The stand of the people of Gujarat is worth commending,” she said.