Mangaluru, Dec 6: The poster of Raj B Shetty directorial ‘Swathi Mutthina Male Haniye’ has been released.

The poster of lead heroine Siri Ravi Kumar as Prerana is out now. She is paired opposite Raj B Shetty. The movie’s shooting was wrapped up in just 18 days. 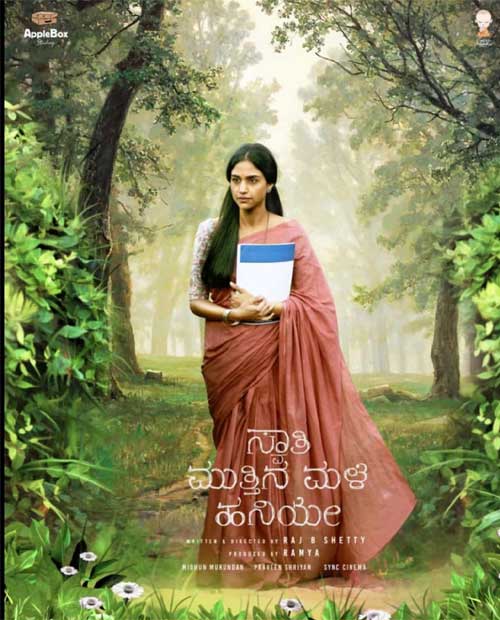 The movie was shot across Ooty and Mysuru. Sandalwood queen Ramya was roped in for the lead role in the movie earlier, but she later decided only to produce the movie which paved way for Siri Ravi Kumar to star in the lead role.

Apart from Raj B Shetty and Siri, the star cast includes Balaji Manohar, Surya Vasishta, and Rekha Kudligi in pivotal roles. The music for the film is composed by Midhun Mukundan and camera handled by Praveen Shriyan.