Bengaluru, Dec 5 (IANS): In spite of the continuous efforts, the teams of forest authorities and wildlife experts have failed to catch the man-eater leopard in Mysuru and four prowling leopards in Bengaluru. As the operation continued on Monday, the panic was writ large in the localities.

In Bengaluru, the forest department has asked the people to reach home before it gets dark and not to send their children outside to play. It has also been suggested not to move around or come out of the house alone. 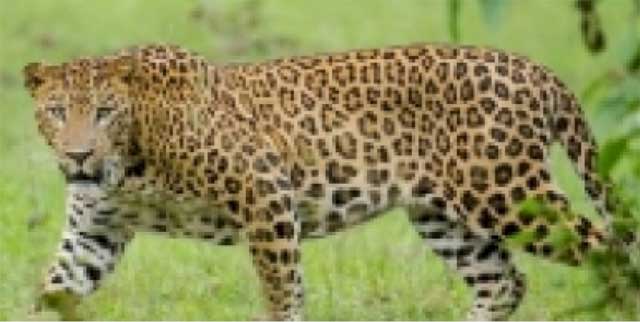 The authorities are carrying out an all- out operation to catch man-eater leopard which had killed two persons in T. Narasipura taluk of Mysuru district. A total of 13 teams of more than 130 people have been pressed into the operation.

For the past four days, the operation was being carried out in more than 20 villages of T. Narasipura region. The team has 16 cages, 20 cameras, and trap drone cameras. Combing operations have also been launched to track down the man-eater leopard.

On October 1, the leopard killed a youth who was clicking a selfie at the Mallikarjuna hill and on December 1, it attacked and killed a young woman who was attending nature's call in S. Kebbehundi.

Though a massive search operation has been launched and the government has given consent for shooting, the leopard was managing to give a slip to the authorities.

The team has identified 43 villages to carry out the combing operations and hope that they will track and shoot down the leopard soon. Dr. Malathipriya, Conservator of Forests, Mysuru circle has expressed confidence that the leopard would be caught soon and precautions have been taken to ensure that the tragic incidents do not repeat.

The authorities have also continued their operations in Bengaluru on the fourth day. The four leopards, spotted prowling in the surrounding areas of the Kengeri locality in the capital city, have managed to slip away and escape from the combing operations.

The forest department has released advisories to the local residents to keep them safe from leopard attacks. It has also started patrolling in the areas during the night time. The students of Jattagarahalli government school have changed the route. The number of morning and evening walkers in the region has come down drastically, according to the authorities.