During the conversation, Amir-Aabdollahian thanked the EU high representative for foreign affairs and security policy for his role on the path of dialogue and interaction, Xinhua news agency reported, citing the ministry's statement published on its website. 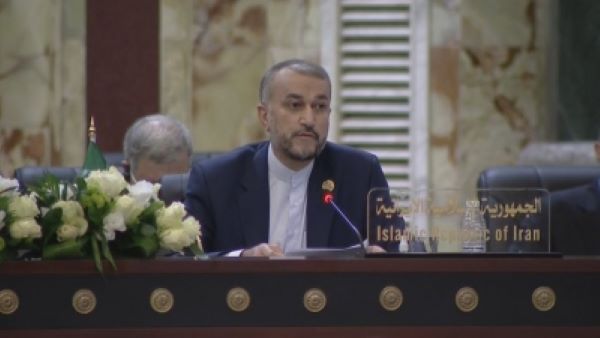 He meanwhile lodged criticism against the "diplomatically-impolite rhetoric" of one or two European ministers, saying they were under the influence of wrong information, which could do damage to the bloc's strategic goals.

The top Iranian diplomat urged Borrell to play his important role in preventing the bloc from making "unconstructive" moves in bilateral relations, according to the ministry.

The two sides also discussed the latest developments of the Vienna negotiations for reviving the Iranian 2015 nuclear deal, and cooperation between Iran and the International Atomic Energy Agency.

For his part, Borrell underscored his efforts to facilitate an agreement among all sides.

Iran signed the nuclear deal, officially called the Joint Comprehensive Plan of Action (JCPOA), with world powers in July 2015, agreeing to put some curbs on its nuclear program in return for the removal of the sanctions on the country. The United States, however, pulled out of the deal in 2018 and reimposed its sanctions on Iran, prompting the latter to reduce some of its nuclear commitments under the deal.

The talks on the JCPOA's revival began in April 2021 in Vienna. No breakthrough had been achieved after the latest round of negotiations in early August.