Panaji, Dec 4 (IANS): With Christmas season and New Year around the corner, Goa, which attracts thousands of tourists during this period, is gearing up to tackle and curb the menace of illicit narcotics trade.

The coastal state has emerged as a haven for narcotics trade. All modes of transport are used to bring narcotics into the state. Thus, it has become challenging for the police to keep a check on people coming by trains, buses and by their own vehicles. 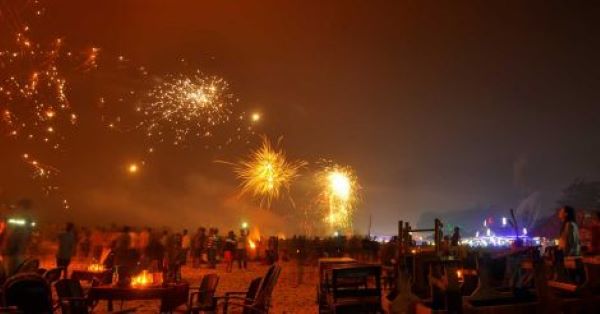 On August 21, the state Crime Branch had arrested one Nigerian woman, who allegedly tried to smuggle in drugs to Goa by concealing the consignment of drugs worth Rs 15,10,000 in her sandals.

The accused person had arrived from Delhi by train carrying the drugs. Such methods are used to transport narcotics into Goa.

Though mainly Nigerians are caught for their involvement in this drugs trade, the real challenge before the police is to spread awareness about the ill-effects of drugs, as now the local youth too have ventured into it for easy money.

There are several incidents where it was noticed that ganja is cultivated in places where there is less movement of people.

According to sources, Goa police in the last 10 months have arrested more than 24 foreign nationals, of which majority are Nigerian nationals.

During this period, the police arrested around 116 alleged drug peddlers under the relevant sections of the NDPS Act, out of which 31 were residents of Goa, 62 from outside Goa and 23 foreign nationals.

In the last 10 months, the police have seized a variety of drugs weighing over 140 kg. Even hashish oil, charas and other drugs such as cocaine, LSD, ecstasy tablets, MDMA, heroin, methamphetamine etc were seized.

A couple of days ago, the police arrested a woman from Jharkhand for allegedly possessing 6 kg ganja valued at Rs 6 lakh. The arrested individual has been identified as Muskan Karuwa, 19.

The police said the raid was a follow-up of a case that was registered by the Anti Narcotic Cell on November 26.

"Interestingly, the police have now started to follow up such cases and are arresting all those involved in these crimes. This is the right method to break the chain of drug suppliers. Or else, many of them go scot-free," a retired police officer said on condition of anonymity.

Taking the drug menace seriously, Goa police have now asked pub and restaurant owners to inform them about drug consumption and related activities and have launched a WhatsApp group to receive information promptly.

The police have started this exercise from Anjuna, a coastal area of Goa, which is notoriously known as a drugs destination.

However, people have raised doubts over this exercise, stating that pubs involved in illicit acts will never inform the police.

Tourists visiting the coastal state prefer to visit North Goa, where drugs are easily available because of its pub culture. Hence, the local police stations have become active over the past couple of months and are taking action against drugs trade.

Deputy Superintendent of Police, Jivba Dalvi, said that the police have asked the pub owners in Anjuna to inform if any of their customers enters after consuming drugs.

"No sooner we get information of such incidents, we will conduct blood tests of the persons involved and book them for consumption of drugs," Dalvi said.

Though the state government claims to have adopted a zero-tolerance policy against drug trafficking, drug related deaths continue to occur in the coastal state.

Sources in the police department informed that more teams of police will be deployed in the coastal areas in plain clothes during Christmas and New Year.