56 bridges in dilapidated state in Karnataka, Govt yet to allot funds for repairs

Bengaluru, Dec 1: Karnataka Road Development Corporation Limited (KRDCL), an organisation that is established to improve fundamental infrastructure under the PWD, Ports and Inland water transport department, has recommended to renovate most of the bridges in the state.

State government has advised KRDCL to come out with a Detailed Feasible Report (DFR) on the condition of bridges across the state. Accordingly KRDCL has prepared a report and submitted it to the government three months ago. However, the government has not yet approved the repair works of the bridges, some of which are in dangerous condition. 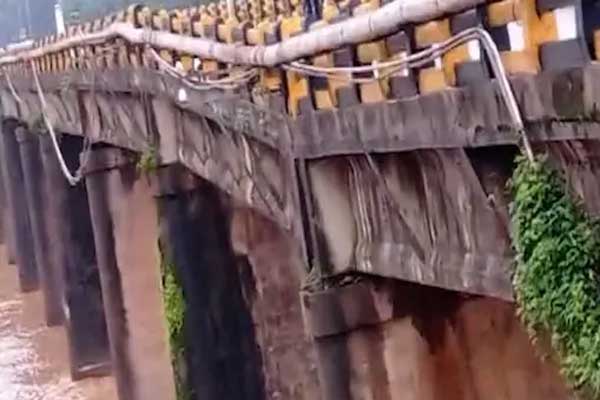 A KRDCL official agreed that some bridges are posing a danger to the lives of commuters as they are more than 50 years old. As the density of vehicles increase, the bridges get weaker and begin to fall off.

KRDCL has identified 56 such bridges across the state, which need immediate repair. The official said that most of the bridges are identified based on the actual study while some are done on political pressure.

MD of KRDCL Shivaprasad P said that Rs 1300 crore is required to renovate the dilapidated bridges.

Shivaprasad also said that at least six months time is required to begin repair works in case the recommendations of KRDCL is approved by the government. The alarming point is that most of the dilapidated bridges are in the three coastal districts of Dakshina Kannada, Udupi and Uttara Kannada.

Srikant Channal, president of Consulting Civil Engineers of Bengaluru said, “Experts have given importance to the regular audit of the  condition of bridges. National building policy says that technical audit should be done every three years. However, the government intervenes only when the bridges are about to fall.”

Title: 56 bridges in dilapidated state in Karnataka, Govt yet to allot funds for repairs