Maharashtra's plea is not maintainable: Bommai on border row

Bengaluru, Dec 1 (IANS): Karnataka Chief Minister Basavaraj Bommai on Thursday said that the petition of neighbouring state Maharashtra on the border dispute was not maintainable.

Answering a question at the Supreme Court's hearing the case in the day, CM Bommai said, "The stand of our state is clear in this regard and our advocates will place arguments on the same line. 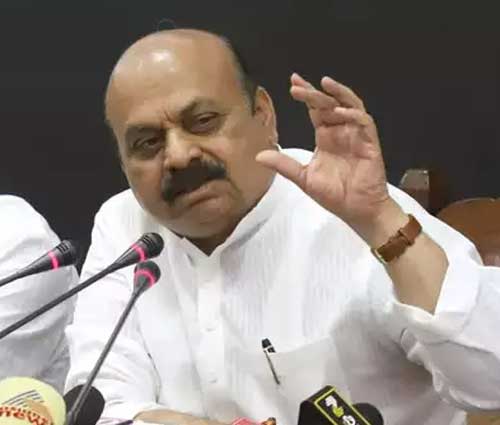 "Our stand is constitutional and legal... The discussion is on regarding all legal aspects of the issue," he added.

The Maharashtra government had submitted a petition in 2004 to the Supreme Court claiming its rights over Belagavi city and 865 villages in four districts of Karnataka. The case is coming up in the Supreme Court on Thursday after almost two decades.

CM Bommai, answering another question on the "BJP letting rowdy elements to join the party", stated that there was no scope or opportunity for any such development in the party.

"We don't support rowdies and we won't give them any chance. This is very clear. There will be no change in our stand.

Title: Maharashtra's plea is not maintainable: Bommai on border row