Panaji, Nov 29 (IANS): Union Minister for Information and Broadcasting, Anurag Thakur, said on Monday that he loves to watch films, but could not watch since last many days due to the Assembly elections in Himachal and Gujarat.

"I like to watch films. But I couldn't watch movies for the past many days due to elections in Himachal Pradesh and Gujarat. 'Rocketry' was the last movie I watched. I feel that everyone should watch it," he told reporters here on the sidelines of the 53rd International Film Festival of India (IFFI). 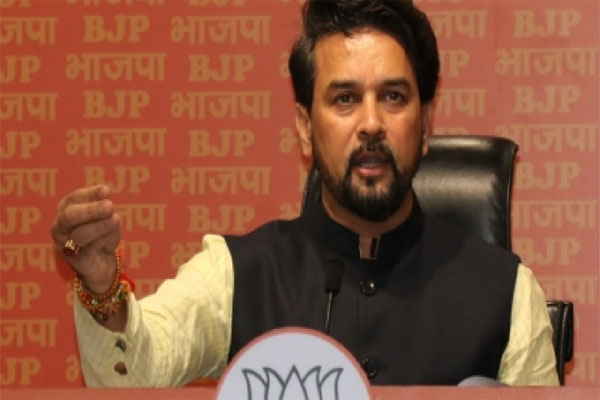 Thakur also said that India is the hub of technology and we need to see how it can be used in films.

"We have done something new this time in IFFI. The Technology Park is an attraction from which people got to know new technologies," he said.