In the districts of Dakshina Kannada, Udupi and Uttara Kannada, this center has begun operating from October. The dreams of economically backward class community will be realized through this programme. There was no free facility for people of this community to join military or police departments. The community does not have the financial strength to spend money for training. The centers are opened under the guidance of backward communities’ welfare department. 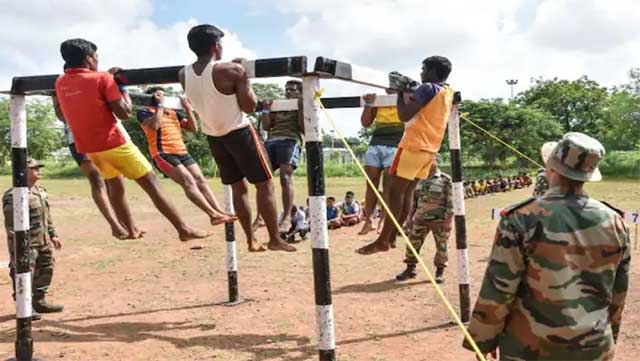 The duration of training would be four months and will get over in February 2023. There is opportunity for 100 people to get trained in every center. Maximum number of candidates have enrolled themselves in these centers in the three coastal districts.

This programme is the ambitious project of Kota Srinivas Poojary, minister for backward communities. The centers are named behind Veera Rani Abbakka in Dakshina Kannada (DK), Koti Chennaya in Udupi and Hinja Nayak in Uttara Kannada.

All kinds of theory and practical training required for joining the military is imparted in these centers. Retired and currently serving military officers are the trainers. From 6 am to 9 pm theory, physical fitness and martial arts are also taught. Food, accommodation and learning is absolutely free. Preparations are made to open similar centers in Belagavi and Koppal also.