Mumbai, Nov 25 (IANS): The brave 8-year-old Mumbai girl Devika Rotawan -- who survived a terrorist bullet during the 26/11 terror strikes -- has now bloomed into a chirpy young woman, but a tad crestfallen at the ‘unkept promise of getting her own house from the government.

At the height of the terror strikes by 10 Pakistani jihadis, Ajmal Amir Kasab was the sole terrorist captured alive, and after a trial lasting almost four years and exhausting all legal remedies, he was hanged on November 21, 2012. 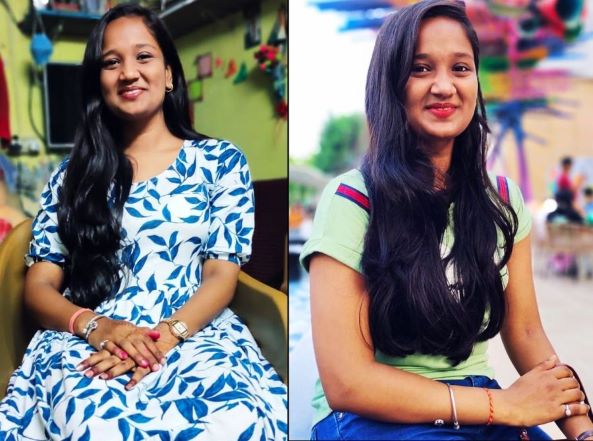 It was Devika's critical evidence as the star witness which crumbled the cocky Kasab's chameleonic web of lies and fibs in the trial watched by the world.

Kasab, along with nine other heavily armed Pakistani terrorists, unleashed unprecedented and bloody mayhem in the country's commercial capital for nearly 60 hours as people globally watched in horror.

A total of 166 people were killed, plus nine attackers in the 60-hour concentrated assault within barely a five-sq.km. radius in south Mumbai.

Another 300 persons were injured, among them the little Devika, who took a bullet in the leg as Kasab and his associate lurking there, sprayed bullets indiscriminately at the crowd inside the Chhatrapati Shivaji Maharaj Terminus building that dark night.

Now 23, Devika remembers clearly how she waited with her father Natwarlal Rotawan to board a train for Pune to visit her brother, Bharat, 35, and his family.

"Just then, we heard several gunshots and deafening booming sounds, people shrieking, crying, running helter-skelter. We were caught in the middle of the chaos and melee," Devika told IANS, recounting that horrible living nightmare.

Attempting to escape like the others, she stumbled, felt a numbing pain and saw blood gushing from her right leg -- she had been shot.

"Even as I realised it, I fell and passed out right there, regaining consciousness only the next day," said Devika, reliving the petrifying sights and sounds of that deadly night in her mind.

Amid the confusion, she was somehow rushed to the nearby Sir J. J. Hospital and then underwent a major surgery the next day to extricate the AK-47 bullet lodged in her right leg.

That was just the first of her multiple visits to the hospital, several surgeries over the next six months, and six major operations in the subsequent three years that enabled her to regain complete mobility and independence.

"Devika was so small then… She had lost her mother Sarika just two years ago… Along with my two other older sons, we jointly took care of her despite great challenges and little financial help for her education or future," remembers her doting father Natwarlal Rotawan, who was also one of the prime prosecution witnesses in the 26/11 trial.

Admitting that those three years were nightmarish for the entire family, Devika shifted to her native Sumerpur village in Pali district (Rajasthan), where the whole clan took good care of her.

But soon, the family was summoned to Mumbai to attend the court proceedings against Kasab.

It was finally Devika's "clinching evidence" and the witness statements of Natwarlal in June 2009 that hammered the proverbial final nail into Kasab's coffin, and after expending all legal escape routes, he finally got the noose.

While the Kasab story ended forever on the gallows, for Devika -- who turns 24 in December -- life has not exactly been a bed of roses and remains laborious on multiple fronts.

Nevertheless, she managed to complete her schooling from IES New English High School, Bandra East, then did her HSC from Siddharth College, Churchgate, and is now pursuing her Final Year Bachelor of Arts from Chetana College in Bandra, hoping to graduate in the summer of 2023 and get a proper job.

The Rotawans said that initially the family got around Rs 3.5 lakh as compensation, besides Rs 10 lakh as medical aid.

"We have been promised a house under the EWS quota, but it has not yet been allotted to us for the past 14 years," they rued.

Leaving no stone unturned, they have knocked at the doors of Prime Minister Narendra Modi, successive Chief Ministers of Maharashtra and are also seeking legal remedies.

"The PM talks about 'Beti Bachao, Beti Padhao', but where's the concern for my daughter Devika who grappled the might of terrorists and Pakistan for our country," a bitter Natwarlal said.

His sons, Bharat, a shopkeeper, and Jayesh, 26, suffering from a serious spinal problem, recall how the family accepted the onerous task of caring for their ‘star kid sister', who was often in great pain.

She had to be regularly taken to hospitals, cajoled into taking medicines on time, there were daunting trips to the high-security Special Court inside the Arthur Road Central Jail.

It was there that Devika and her dad came into eyeball contact with the cold-blooded Kasab during the trial, long-winding meetings with lawyers, police officials, running to various government departments for the financial compensation, college admission and other necessary routine chores.

They are ever-grateful to the Mumbai Police for their care and help, and on many occasions, the police even carried the mischievous little Devika in their arms for the court hearings.

Natwarlal acknowledges that the police could feel Devika's pain as they had also lost so many of their valorous colleagues, but the political apathy has left the family embittered.

During the lockdown, when the family faced virtual starvation, Bandra Congress MLA Zeeshan B. Siddique gave timely help to enable them to get through the pandemic years.

Despite the depressing lows for 14 years, Devika has set her ambitions high in life - she wants to crack the UPSC exams and become an IPS officer who would ruthlessly target terror and gun down terrorists…

Title: 8-year-old who nailed Kasab now a young woman waiting for govt to keep its word