Bengaluru, Nov 23: The huge success of Kannada movie 'Kantara' in which Daivaradhane was shown is now being shown as a spirit (bhoota) which many are cashing upon in the society, it is alleged. In the name of God, many are trying to make a fast buck and in this regard many posts are going viral on social media. The Tulunadu Daivardhakas have given a stern warning to such persons and perpetrators.

It is alleged that people living in Bengaluru and Mysuru are breaking the traditions and beliefs by setting up Daivakattes to make a fast buck by asking people to pay through Google Pay and PhonePe. 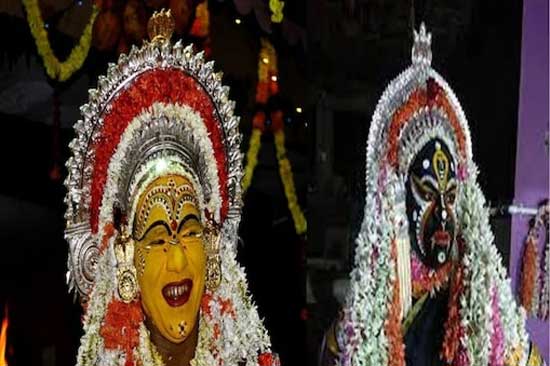 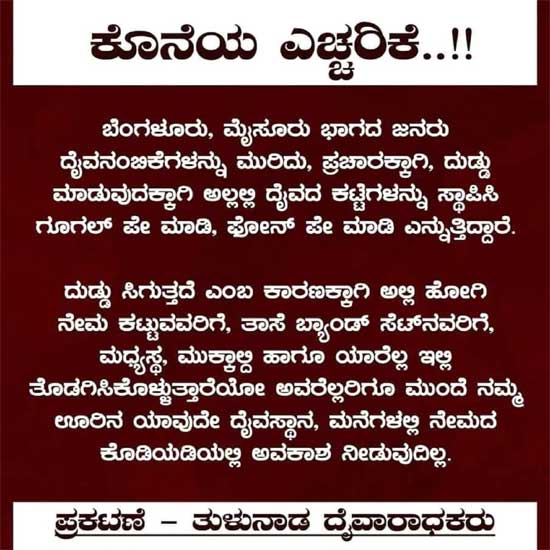 Daivardhakas of Tulunadu have issued a warning in an announcement that people who are misusing the Daivardhane for money by flouting the rigours and tradition will not be allowed in our temples and homes to perform such acts.

The photo of a Tulunadu Daivardhaka issuing a warning has gone viral on the social media. But, there seems to be no clarity on the issue.

As shown in Kantara, there are many Daivas in Tulunadu but only Panjurli and spirits are shown. People of the region have a strong belief in them and are being followed for ages.

People who face difficulties approach the daivas for a solution and they find peace in getting their problems resolved. Panjurli is placed inside the home and offered pooja. Similar is the case with the spirits. They are offered pooja by keeping them in hillock regions or in front of their homes. People have faith in evil as they feel that they guard their homes. The success of the film Kantara has raised the curiosity level of the people and are eager to know more about Panjurli and such spirits.