Mumbai, Nov 15: (IANS) The multi-genre music festival NH7 Weekender is returning for its 13th edition in its home turf - Pune. The theme for this years edition will be ‘#13MeraWeekender (your and mine weekender). The festival will be held from November 25 to 27.

This year, the festival, with five massive stages, will see headline acts from American folk rock band 'The Lumineers', on its first Asian stage tour, as well as 'Dirty Loops', a Swedish band. Also taking the stage will be American rapper 'J.I.D' from the powerhouse Dreamville crew.

Completing the line-up is the hip-hop attraction 'PAV4N', the first rapper of Indian descent to have a top 10 UK chart single; and 'Tiny Fingers', an Israeli experimental rock band. 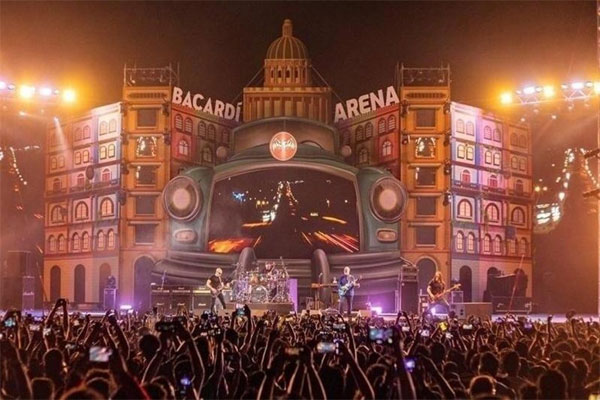 In addition, the festival will also feature over 40 local and global performers, and will showcase electrifying performances from Indian artistes from Bloodywood, 'The F16s', 'Yashraj' and 'Hanumankind'.

The five stages will be home to a variety of styles, from high energy hip-hop acts to soul-stirring ballads - with the list of Indian artistes including 'KR$NA', 'SEZ & THE MVMNT', 'Shashwat Bulusu', 'Reble', 'Jhalli', 'Many Roots Ensemble', 'MC Altaf', Anumita Nadesan, 'The Down Troddence', The Darshan Doshi ft. Hashbass & Rickraj Nath, Anuv Jain and Raman Negi.

NH7 Weekender, powdered by Bacardi, will be held at the Mahalaxmi Lawns in Pune.

Title: NH7 Weekender to light up Pune once again on Nov 25-27