Sullia, Oct 2: Minister S Angara said that the government has decided to give free pesticides to agriculturists to battle yellow leaf disease and spot the disease that is affecting arecanut crop.

Speaking to scribes here, the minister said, “A meeting was held recently with horticultural minister Muniratna and home minister Araga Jnanendra. I have apprised them of the issues faced by arecanut growers. Horticulture minister will arrive in the taluk soon to gather opinion of arecanut farmers. Along with free pesticides, dhoti, needed by the farmers will be provided at subsidised rates.” 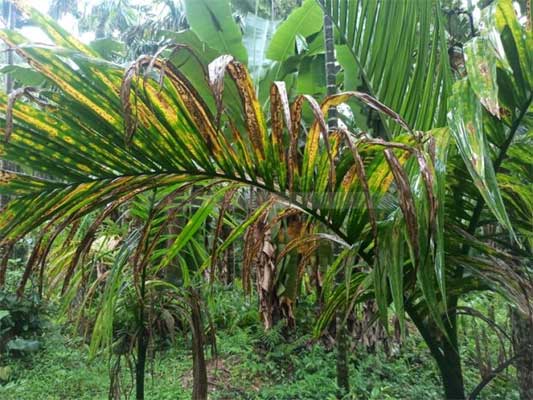 Responding to the natural calamity that occurred during monsoon, Angara said, “Though state government has responded positively to the damage occurred due to monsoon, Congress is making false propaganda. When Congress was in power, they used to give Rs 40,000 to 50000 for those who had lost their houses. However, BJP government provides Rs 5 lac as compensation.”