Puttur, Oct 2: In a shocking incident that occurred at Uppinangady in broad daylight, a man approached a woman, wife of a temple priest and asked her to bless him telling her that he is opening a gold shop and sprayed ash on her, hypnotized and robbed her of her mangalasutra weighing three and half sovereign from her neck.

A man approached the wife of a temple priest at her home on Car Street of Uppinangady and said that he could not go to temple as he was under Sutaka (impurity or defilement which, according to the Hindu tradition, is caused by a death/birth in the family) and asked her to offer Rs 300 on his behalf in the temple as Harake (vow). 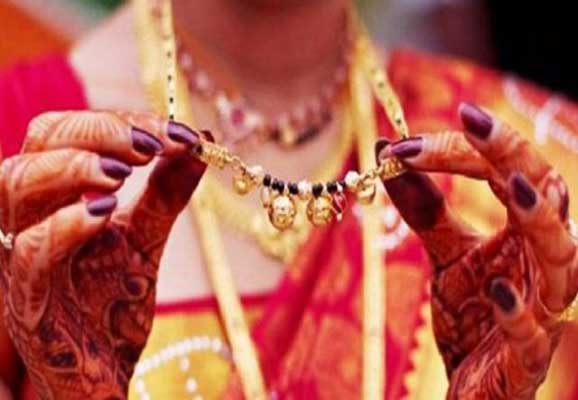 The woman believed the words of the fraudster and touched her mangalasutra to the note. But the man asked her to remove the mangalasutra from her neck completely and keep it in the note and then give the note to him. The woman did the same as if hypnotized.

Even before the wife of the temple priest knew what was happening, the man had left the place with her mangalasutra. After some time, the woman came to her senses and saw that her mangalasutra was gone. She screamed and later the matter was reported to the police.

This whole episode has happened within a stone’s throw of the police station. SI Rajesh has assured that they would apprehend the conman based on the CCTV footage.