Mangaluru, Sep 29: Tulubhasha Samrakshana Samithi Mangaluru staged a protest  on Thursday, September 29, after government issued an official circular stating that Kannada should be made compulsory language in central and state government programmes conducted in the state.

The protestors urged the government to withdraw the circular. “When there is an opportunity to declare Tulu as an official language in the state, the Kannada and Culture department is trying to weaken the Tulu language,” they said. 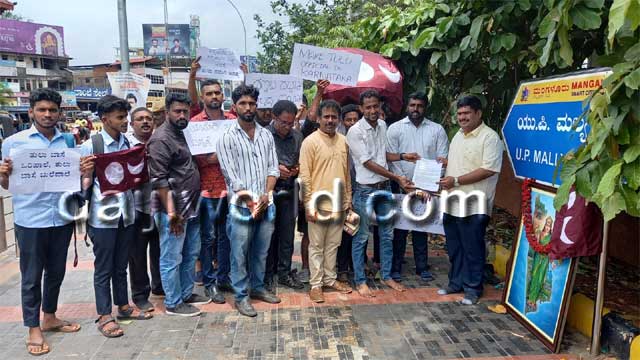 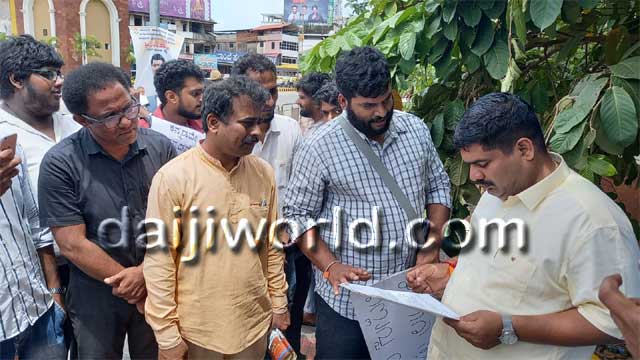 The protestors submitted a memorandum to Mangaluru South MLA Vedavyas Kamath in support of their demands.

MLA Vedavyas Kamath assured the protestors of conducting a meeting with the concerned minister along with Tulu activists to impress upon the government to declare Tulu as an official language and take important decisions pertaining to Tulu language.