New Delhi, Sep 28 (IANS): After the crisis broke out in the Congress in Rajasthan, sources on Wednesday said that Chief Minister Ashok Gehlot is likely to meet Sonia Gandhi here and give an explanation of the happenings, including the boycott of the CLP meet in Jaipur by the MLAs loyal to him.

Sources said that he will remain in Delhi till September 30. A section of the Congress leaders was again pushing for Gehlot's name for the post of president. The decision can be taken by this evening, the sources said, adding, "The ongoing Rajasthan crisis will also be settled in the next two days. 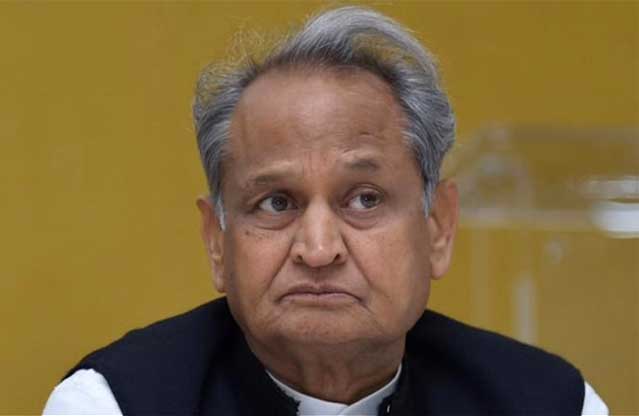 Sachin Pilot, who is facing stiff opposition from the Gehlot camp for the post of CM, is already in Delhi. So far Pilot has been maintaining a silence, which is being considered serious. According to sources, the decision regarding the post of CM can also be taken soon.

The notice issued to Dhariwal said that he, being Parliamentary Affairs Minister, has committed "grave indiscipline" by hosting a parallel MLAs meeting at his residence and thus "pressuring MLAs not to attend the official meeting".

"As Parliamentary Affairs Minister, hosting the unofficial meeting confused the Congress MLAs as to which one was convened officially," the notice reads.

The notice that has sought response within 10 days also noted that Dhariwal's action (parallel meeting) came even when senior party leader Mallikarjun Kharge and Rajasthan in-charge Ajay Maken repeatedly clarified that they have come to speak to each MLA "individually and impartially" to make a report to be submitted to Sonia Gandhi.

Similarly, the notice addressed to Joshi stated that he, as Chief Whip, has conducted a "grave indiscipline" by boycotting the official CLP (Congress Legislature Party) meeting and by participating and convening parallel meeting of the MLAs at the time when officially appointed observers were waiting for the official meeting to start.

"As Chief Whip your presence at the unofficial and illegal meeting confused the MLAs as to which one was convened officially," added the notice.

The observers have not named Gehlot in their reports and notices. According to sources, the high command is trying to settle the situation and avoid further controversies.

Along with this, the high command is on a strategy to keep all possibilities open. The name for the nomination for the president's post is likely to be finalised on Wednesday.