Muscat, Sep 28: The Mangalurean community in the Sultanate of Oman was shocked to hear the news of sudden and untimely demise of Donald Pinto, the past president of the Mangalorean Catholic Center of the Parish (MCCP Muscat - Sts Peter and Paul Church, Ruwi), core committee member of MCCP - Muscat, dynamic and award winning member of the Toastmasters International Club, a prominent leader and activist of the Community on Tuesday, September 27. As per the reliable sources Donald Pinto was on his way back to his residence in Muscat from Canada after concluding a family trip of attending a family wedding ceremony with his wife Eulalia Pinto. 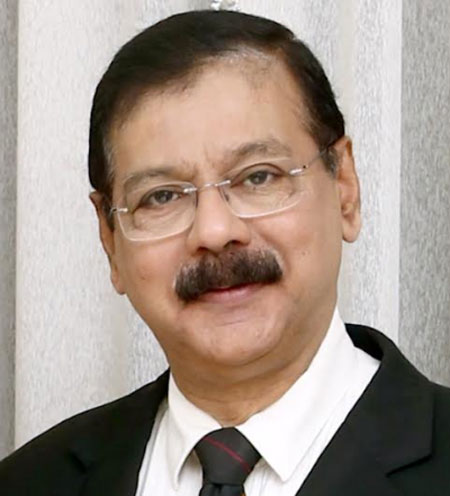 Donald completed his primary education at Milagres Primary School, Mangaluru and degree at St Aloysius College, Mangaluru. He successfully completed his MA at the Mangalore University, and business management at London’s prestigious university and also, a degree in business administration. He joined Bank Muscat SAOG and served in various locations like Nizwa, Fanja, Sumail, Kasab, Al Khuwair, Madinat Al Qaboos as the branch manager and then as a senior manager. His total service to Bank Muscat SAOG was of 30 years. Later, he joined Oman Data Park, a subsidiary of Omantel as a senior manager HR & Purchasing.

Donald Pinto is known as one of the most influential, charismatic and inspiring leaders of the Konkani community in Muscat helped the community events and members in their difficult times. He served in the Mangalorean Catholic Center of the Parish (MCCP – Oman) as the president in the year 1999 – 2000 and 2003 – 2004 and was the core committee member for more than 15 years. He was an active member of the Sts Peter and Paul Church and also served as vice president of parish council. After moving his residence to Ghala, he was also very active at the Holy Spirit Church - Ghala and supporting the church spiritual activities as lector.

In the year 1981, Donald was married to Eulalia Florence of Milagres parish and they are blessed with three children Daniel, Deborah and David. Daniel was married to Hebil and Deborah to Shelton. Donald and Eula have five grand-children and they are Gabriel, Shelby, Deanne, Eleanor & Christine.

Dony, a pet name of Donald Pinto, was a pillar of the Mangalorean Catholic Center of the Parish - MCCP Oman. He was a dynamic and caring personality with selfless contribution to the Konkani Community.

Funeral will be held at Milagres Church, Mangaluru.