'Why no similar action on RSS', say Karnataka SDPI leaders on NIA raids

Bengaluru, Sep 26 (IANS): Reacting angrily to the recent raids by the National Investigation Agency (NIA) in Karnataka and other states on the leaders and offices of the Popular Front of India (PFI) and Social Democratic Party of India, the state SDPI leaders said the Rashtriya Swayamsevak Sangh was a 'terrorist' outfit and questioned why there were no raids on the RSS.

SDPI General Secretary Bhaskar Prasad on Monday while addressing the media said, "The RSS is a terrorist organisation, and it is yet to get a status of an organisation officially...RSS leaders have kept many weapons against those who raise voice. 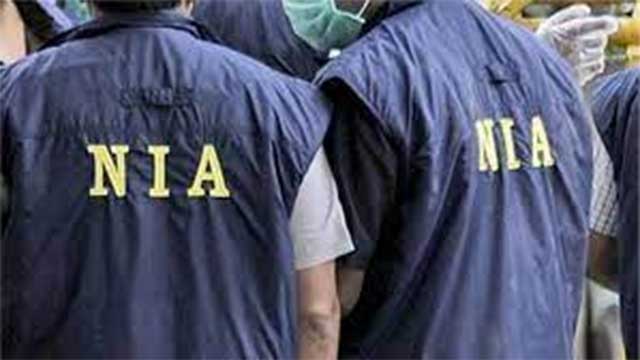 "The SDPI has not been involved in a single act which is against the nation. 98 per cent of cases lodged against SDPI have been quashed by the courts. RSS name has come up in connection with Malegaon explosions and other explosions. BJP is trying to misuse the power and is destroying the opposition," he stated.

"The Congress is lending its support to the BJP to ban the SDPI. The SDPI party is working towards preventing the BJP from creating 'Manuwadi Bharat'. During 'Ayudha Puja', RSS workers worship swords, knives... Women are being trained in the use of guns and other weapons by the RSS. This was revealed by Mohan Bhagvat himself," Prasad said.

"Why is the NIA not raiding the RSS leaders and offices? The Central government has put a collar across the neck of the NIA and is nursing it. Former Union Home Minister P. Chidambaram had started the NIA. But, many times he has revealed that the NIA has lost direction," Prasad said.

SDPI senior leader Devanur Puttananjaiah said, "SDPI and PFI have not spoken about religion anywhere. SDPI raised its voice in the nation. The country is in danger. When the corona pandemic was at its peak, no one came forward to touch the corpses. The SDPI workers cremated them," he explained.

"...Why do you brand SDPI as a Muslim party? Though it is founded by a Muslim, all of us in the party are Hindus. I am a retired government officer. There is internal democracy in SDPI. I can become state president. There are many crises in the nation. PM Modi has not conveyed a single press conference. They are not building a Hindu nation, they are building a Brahmin Nation," Puttananjaiah stated.