Shivamogga, Sep 26: “Due to the arrest of suspected terrorists, police of the district have averted a major tragedy that could have unfolded in future,” said home minister Araga Jnanendra.

Speaking to reporters at Thirthahalli, Jnanendra said, “Suspected terrorists have links at coastal districts of Karnataka and Kerala. That is why these kind of incidents are occurring. Even satellite phone was used in Thirthahalli in the past. Police have considered the whole incident seriously. A logical conclusion has to be arrived at.” 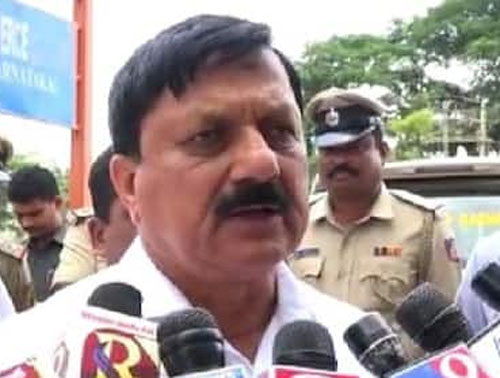 Responding to the query on NIA raid on offices of PFI and SDPI, the minister said, “Police have arrested 15 people. NIA had taken seven people into custody. Earlier, when cases were registered under UAPA, some accused the government of unnecessary harassment. Now what has happened? Thorough investigation is in progress. Police are getting many clues. Our government has given complete freedom to the cops. They will finish the anti-nationals.”