Udupi, Sep 25: Mackerel, which is one of the most sought after fish in the coastal districts by pescatarians, is available in plenty these days. It is being sold at a throwaway price. People are stocking them in refrigerators for future use as well.

Two days ago 50 mackerels were sold for Rs 100. Two fish were being bought for Rs 100 during June and July. 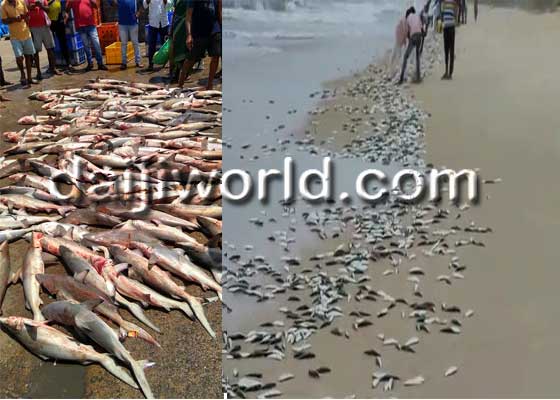 Due to inclement weather in the deep sea even during the beginning of the fishing season most of the fish swam close to the beach and even traditional fishermen were having a feast time.

Another fish that is available in abundance is Milk shark. A few days ago sardines had fallen in tonnes on the Thottam beach. Now it is the turn of Milk sharks. These fish weigh two to three kilos and are sold at Rs 280 a kilo. Most of it is exported to Kerala also.

Milk Sharks are mostly located near huge rocks in the sea beaches of little inside sea. Fins, tail and ear of these fishes are in great demand. They are cut at the port itself and kept separately for export after drying in sun. This is used in making medicines.

On the whole fish lovers of coastal districts are having a feast time. The arrival Navaratri has also contributed to the reduction in fish prices as most of the Hindus do not eat fish during this period.