New Delhi, Oct 15 (IANS): Civil Aviation Minister Hardeep Puri has called Air India's leave without pay (LWP) scheme a "win-win for employees and management", and pointed out that Air India has not laid off a single employee even as international and domestic carriers have resorted to cost-cutting through layoffs.

"Air India is also facing a very challenging financial situation," Puri said adding the airline has taken recourse to several initiatives with a view to ensuring the continuance of its operations.

Air India and its subsidiaries have paid the salary of June 2020 to its employees. He said that the airline industry worldwide is facing an unprecedented financial crisis due to Covid-19. 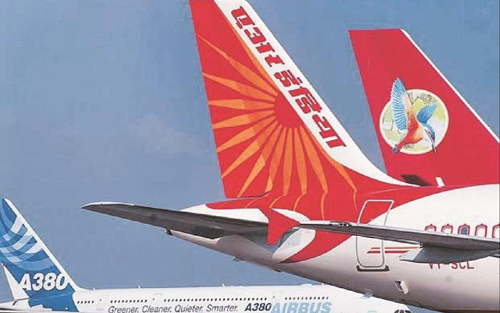 Puri said the LWP scheme enables employees to take a break from their office responsibilities for a defined period of time with the approval of the Air India management while retaining their employment with the company.

The scheme also provides the opportunity for employees to take up alternative employment during the period of the leave with the approval of the management, he said.

"The LWP is a win-win situation for both the management and the employees as it provides flexibility to employees and simultaneously reduces the wage bill of the company," Puri said.

"The Covid-19 outbreak has very seriously impacted the airline sector and currently the airline operations of the company have taken a serious hit," he said.

Puri added that worldwide, a number of employees have been paid off due to the crisis and even other domestic carriers in India have resorted to cost-cutting through layoffs.

"But Air India has not laid off a single employee," Puri asserted in the letter.

He explained that in the past also, Air India had come out with an LWP policy and this time the only difference is that the CMD of the company can pass an order requiring the employees to go on leave.

A proper procedure has been introduced for sparing use of this provision and it will be done in a fair and transparent manner, Puri said.

"In view of the critical financial situation of the company which has been affected badly by the pandemic and a felt need the rationalization of salaries of pilots, cabin crew, engineers and officials of Air India and its subsidiaries have been carried out," Puri said.