Bengaluru, Sep 21: In a serious embarrassment to chief minister B S Yediyurappa on the first day of the commencement of the State Legislature session, Horticulture minister K C Narayana Gowda and ruling BJP MLA from Kadur Belli Prakash almost came to blows after heated verbal exchanges outside the Legislative Assembly on Monday.

The question of release of funds to the Kadur constituency in Chikkamagaluru district led to the heated exchanges with both leaders threatening each other.

When the minister was going to the canteen meant for the legislators in the Assembly hall, the ruling BJP MLA questioned him on the failure in releasing funds to the constituency. Not satisfied with the minister’s response, the MLA is said to have passed some caustic and derogatory comments on his style of functioning. 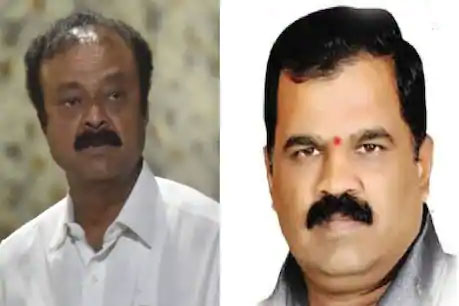 An angry minister is reported to have asked the BJP MLA to first wear the face mask properly and curtly told Prakash to meet him in his office to discuss.

The minister’s response and behaviour is said to have irked the Kadur BJP MLA and he angrily rushed towards the ministers. The opposition Congress and JD(S) members as well as some BJP members, who were close by, intervened and separated the two thereby preventing them from making a spectacle of themselves.