When the protest threatened to go out of control, the police fired water cannons to disperse the protestors. 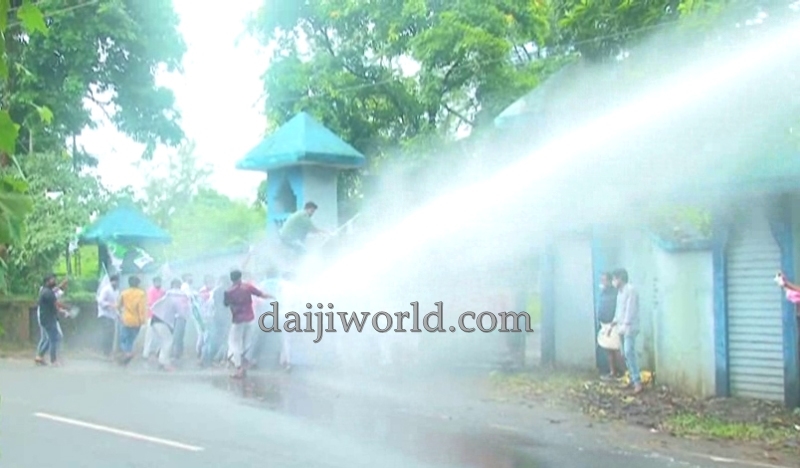 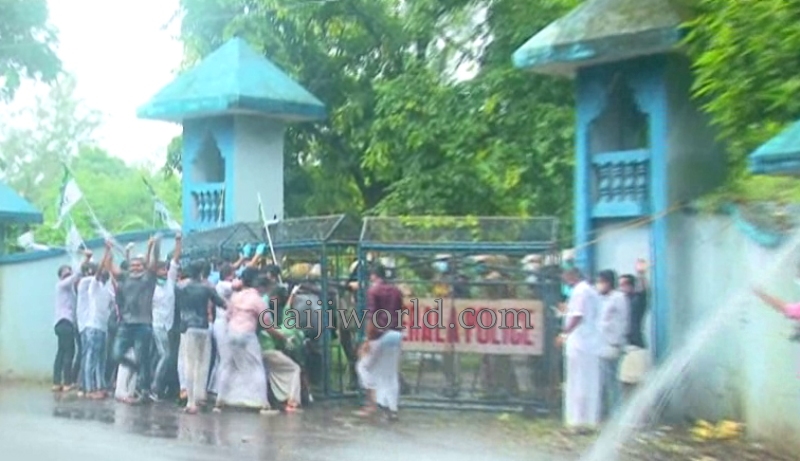 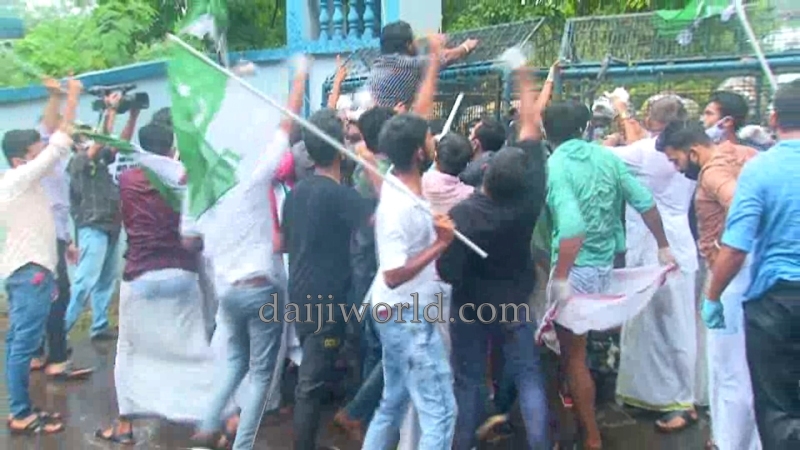 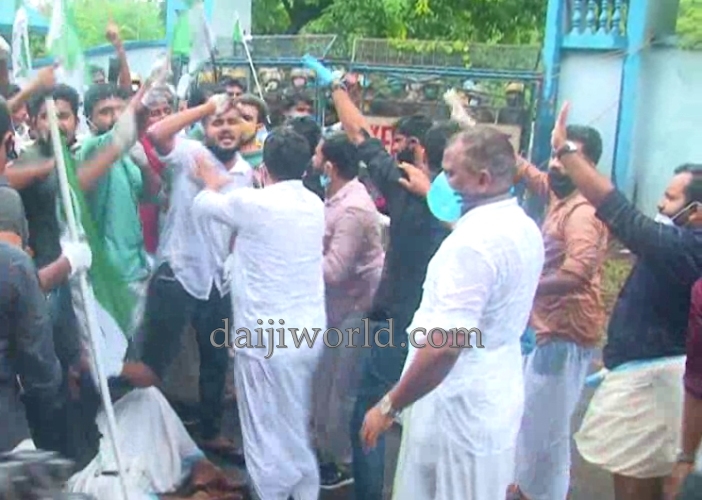 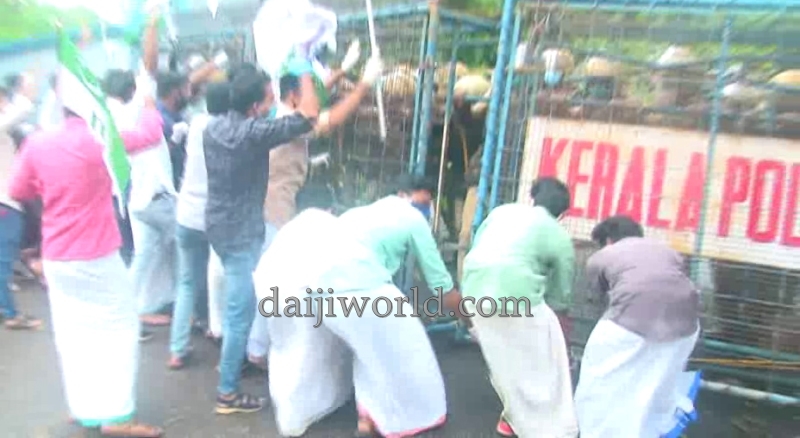 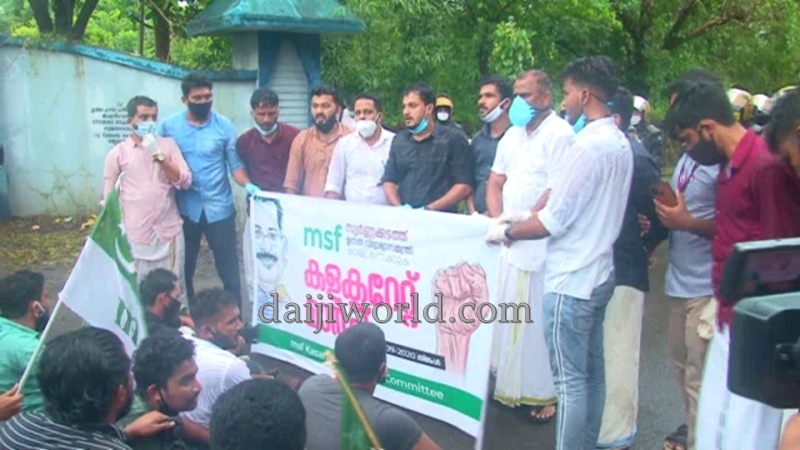 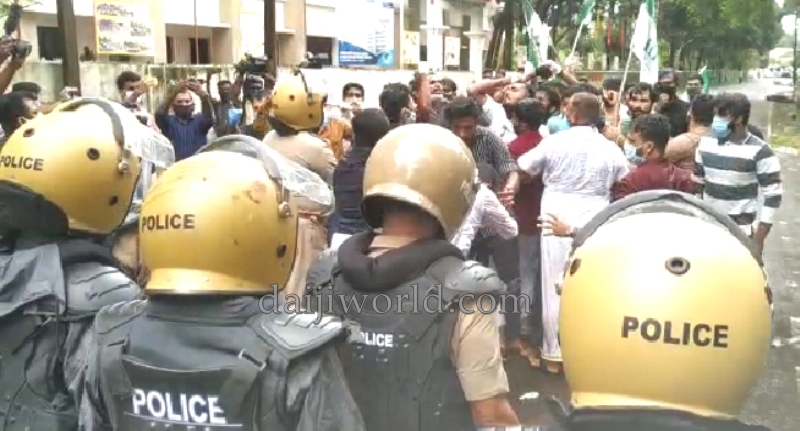 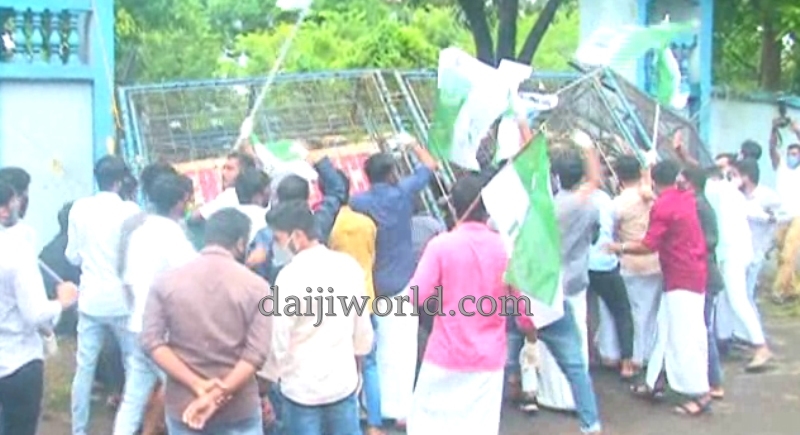 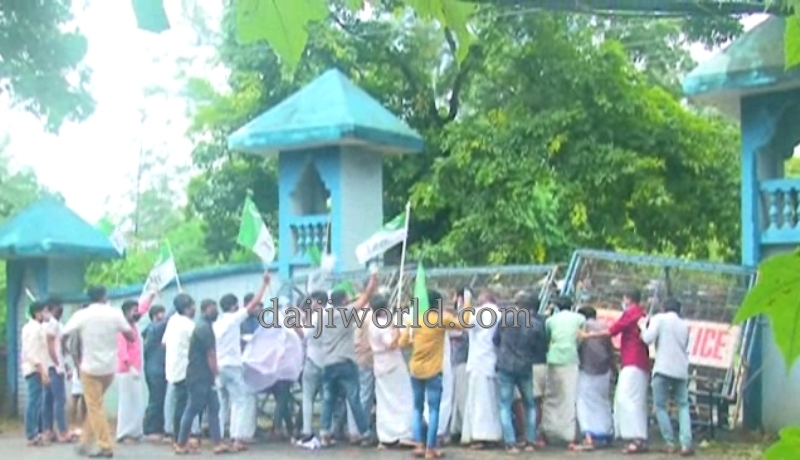 Minister Jaleel has been subjected to ED inquiry in connection with the controversy surrounding the diplomatic baggage imports in which the UAE consulate in Kerala received a large number of religious books. Jaleel was recently grilled by the Enforcement Directorate in Kochi for about three hours regarding his admission about accepting consignments of religious books from the UAE through diplomatic channel, an act purportedly seen as an FCRA violation. Since then, protests have erupted all over the state demanding his resignation.

The activists of the student organization, who arrived at the DC office in procession from Vidyanagar pushed the barricades that were put up at the gate of the DC office and tried to barge into the premises. Police used water canons to disperse the mob. Scuffle broke out between the protesting students and police while the water cannons were being used.

Later the stage programme of the protest was inaugurated by K M Ashraf, president of Manjeshwar block panchayat. The programme was presided over by Irshad Mogral, district president of MSF.