Udupi, Aug 5: A leopard got trapped in the early morning on Saturday, September 5, in the cage that was kept by the forest department at Vijayanagara Kodi of Manipal near here.

The leopard, which was being seen in the night in areas around Vijayanagara Kodi had created panic among the locals. It used to devour the calves, dogs and hens of the houses in the vicinity. As the menace of leopard was increasing day by day, people had stopped venturing out in the night. 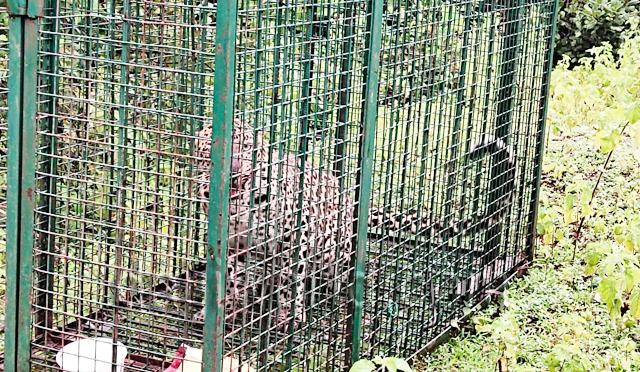 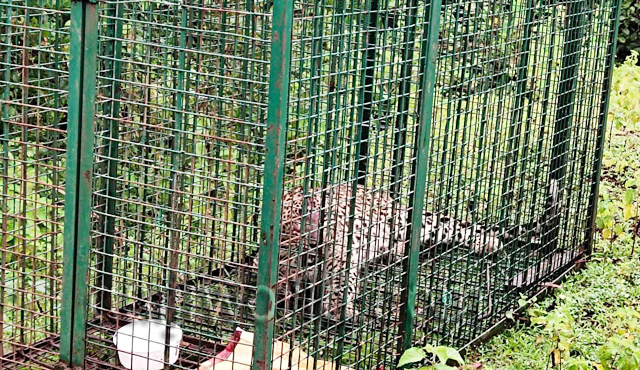 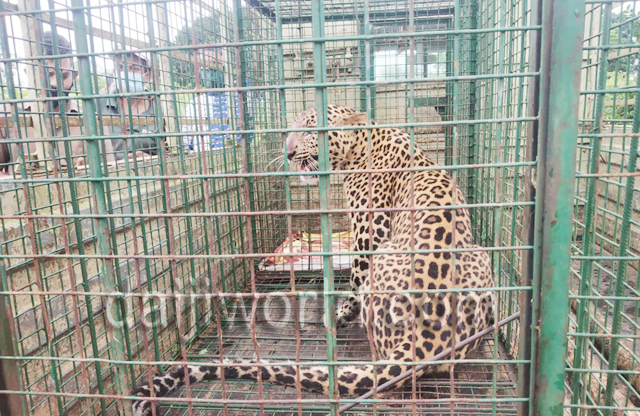 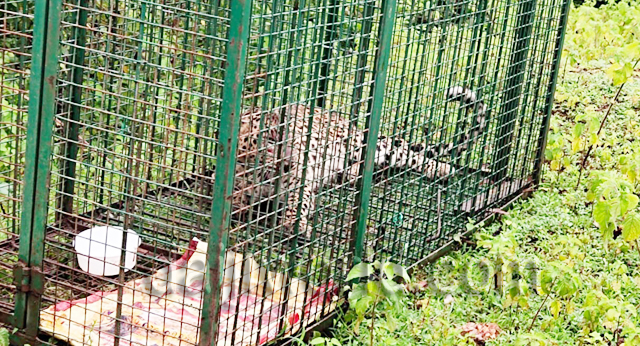 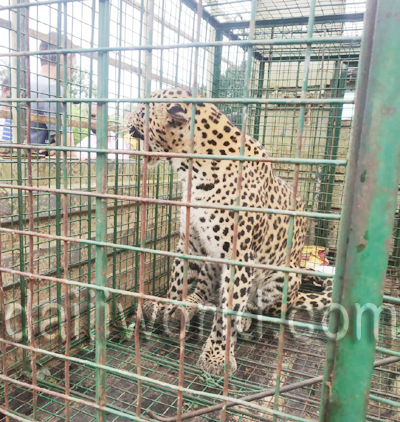 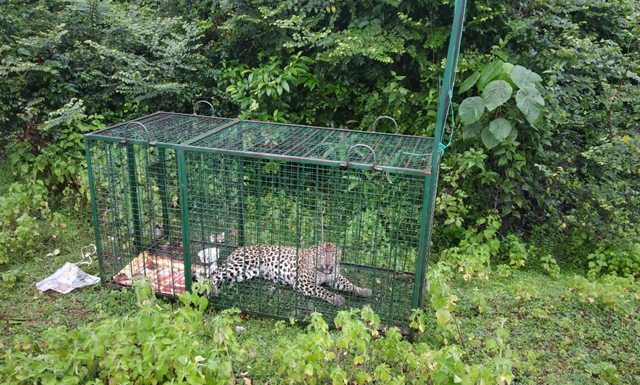 Information of the leopard sighting in the night was passed on to the forest department, who promptly placed a cage to trap it and the leopard got caught in the same on the morning of Saturday. Two dogs were kept as bait for the leopard in the cage.