New Delhi, Feb 22: In a chilling murder that has come to light from the capital of the country, a coupled strangulated their own daughter for marrying a man from the same Gothra and drove all the way to Sikandarabad in Uttar Pradesh from their home in East Delhi, a distance of about 80 km with the body of their daughter in the rear seat of the car, and dumped the body in a canal.

Delhi police arrested six persons in the connection of murder of Sheetal Chaudhary (25). The arrested are Ravinder and Suman, parents of deceased Sheetal, Ankit and Parvesh, her cousins, Sanjay and Om Prakash, two paternal uncles of Sheetal. This information was shared to the press by Jasmeet Singh, DCP East of the city on Friday. 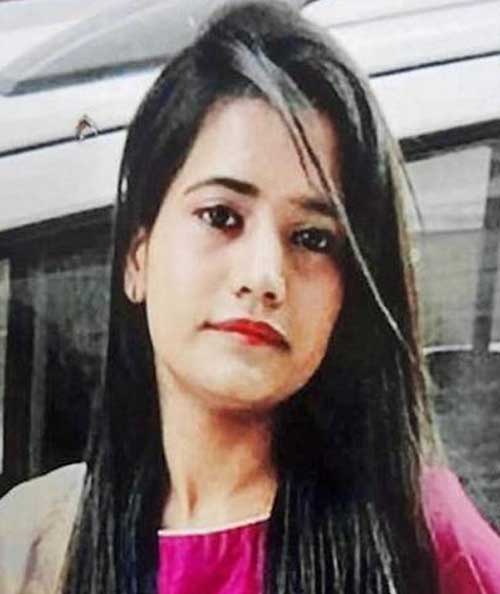 In the chilling confession given by the parents and members of the family they said that marrying someone from the same Gothra is not at all acceptable in their tradition and that is why they killed Sheetal.

The act was known only after Ankit Bhati, husband of deceased Sheetal filed a case of kidnapping in the New AShok Nagar police station of the city. According to the information that was revealed by Ankit to the police, he and Sheetal got married secretly in October 2019 but were residing with their respective families. However, on January 30, Sheethal Chaudhary told her parents that she is married to Ankit, who is from the same Gothra as her. Furious by this disclosure the parents strangled her.

Incidentally, both the Chaudhary and Bhati families own dairy business and are neighbours too. Sheetal Chaudhar and Ankit Bhati fell in love three years ago. The arrested six people went in two cars to a village in Sikandarabad in Uttar Pradesh from where they hail originally and dumped the body of Sheetal in a canal.

In one of the car in which slain Sheetal's parents were in the front seat, Sheetal's body was kept upright to wade of any suspicion and the other four relatives followed them in another car. Bhati, husband of slain Sheetal, got a doubt as he could not contact his wife since January 30. His efforts to contact her through mobile, visited her house, friends and relatives turned futile.

Unfortunately, the body of Sheetal, which was found in the canal by the UP police was cremated on February 2 after conducting the post mortem as the police could not identify the dead person. However, her clothes and belongings found on the body were preserved by the police, which helped in identifying the body as that of Sheetal Chaudhary.

The family of Sheetal were cool after committing the murder. When the Delhi police went to their house to conduct investigation after Bhati, husband of Sheetal filed a complaint of kidnapping, the family try to evade the question about her whereabouts by saying that she has gone to her uncle's house.

Delhi police officers tried to grill each member of the house individually. In the process one of the members broke down and confessed to the chilling crime. One more point of suspicion was that a woman from Bhati's family had inquired on earlier occasion about the whereabouts of Sheetal and someone else had said that Sheetal will be available only if she is alive.

According to Aligarh police, who found Sheetal's body, the body had flown all the way from Sikandarabad to Aligarh due to the flow of the canal. Only when it reached a village in Aligarh where the level of water is low, the villagers saw the body and informed the police.